Tourist Places of Interest in Thailand

Here you will find information on peculiarities of North, Central and South Thailand. Discover about incredibly beautiful national parks full of wild life and spectacular waterfalls. Wander the winding tracks and learn about tribes living up in the mountains. While travelling to Thailand one gets the liberty to choose which region in particular he/she wants to visit. Making a choice is never easy; the information below is aimed to help you make up your mind.

The north of Thailand is a mountainous and rugged country, closer in appearance to southwest China and Tibet than to coastal Southeast Asia. The entire area covering Northern Thailand, Myanmar, and Laos is still fairly wild country, long closed to exploration and still relatively unknown to naturalists. Although wild elephants no longer roam the hills, other species still thrive in abundance, especially in the area's two national parks: Doi Suthep-Pui and Doi Inthanon. 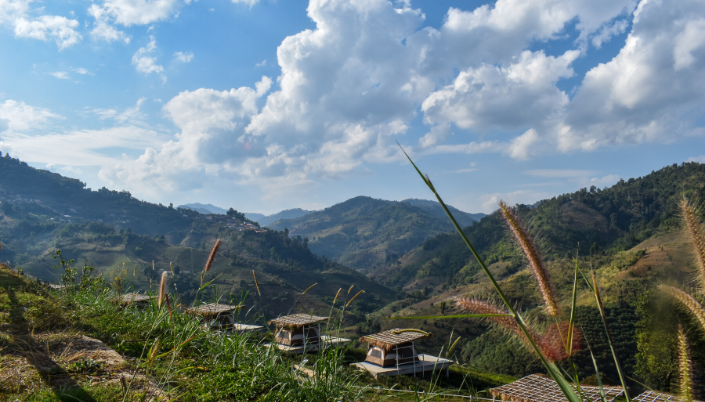 This majestic forest park covers a mountain that is situated a few miles from Chiang Mai, Thailand 's second largest city. Despite its proximity to an urban center, Doi Suthep is a wonderful place to encounter wildlife. The Park also houses a royal palace, two Hmong hill tribe villages, and a 600-year-old Buddhist monastery, Wat Prathat. A lush evergreen forest can be found on the eastern slope of Doi Suthep, close to Wat Prathat. This distinct zone, which begins at about 1000 meters and ascends another 400, harbors a great number of lowland bird species.

This incredible park is centered around Doi Inthanon , Thailand 's highest peak, accessible either by automobile or by a challenging trek. The various altitude zones along the way host many different species of flora and fauna. Along with the abundant wildlife, some spectacular waterfalls can be found within the park, the most dramatic being Vajirathan waterfall, which drops 100 meters. Like Doi Suthep, Doi Inthanon contains several hill tribe villages, most of them Hmong and Karen.

Doi Inthanon is particularly famous for its birds: over 380 species live inside the park. Above 1,900 meters a delightful cloud forest takes hold, hiding lichens, mosses, and orchids. The mountain's summit is covered with magnolia, rhododendron, and a thriving population of sunbirds.

Many primates live in the parks as well: gibbons, macaques, leaf monkeys, and others. Other animals include the Asiatic black bear, Indian civet, barking deer, giant flying squirrel, Chinese pangolin, and more than 30 different species of bats. 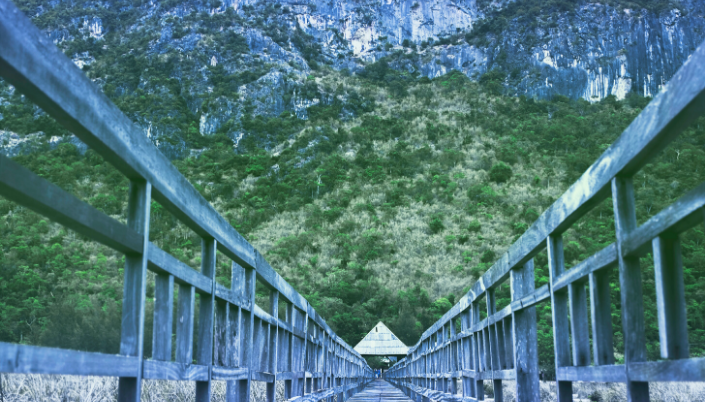 Khao Yai is the most popular park in Thailand . Located north of Bangkok near the Korat plateau, the park covers an area of over 2000 square km. Within this extensive tract lies one of the biggest and most pristine rain forests in Asia , a treasure that has made Khao Yai an ASEAN National Heritage Site.

Hundreds of species of birds can be seen here, including the vernal hanging parrot and the crested serpent eagle. Animal species include Malayan sun bears, tigers, gibbons, leopards and more. Khao Yai is also an ideal place to see wild elephant.

Over 200 species of birds inhabit the park, including the peregrine falcon (the world's fastest animal), black baza hawk, helmeted hornbill, and the dusky crag martin. Interesting mammals such as the lesser mousedeer, white-handed gibbons, dusky leaf monkeys are sighted with regularity.

From the decaying splendor of ancient Chiang Mai there are a variety of options for more anthropological adventure travel. One choice is to go on a hill tribe trek. Led by a knowledgeable guide, travelers can trek far up into the northern mountains to visit one or more of the several tribes that inhabit the region. The tribes are distinct ethnic groups, many of which migrated to Thailand from as far away as Tibet or central China in the past few hundred years, and each maintains its own separate cultural practices.

Founded in 1257, Sukhothai was the first capital of Thailand . The old city and its magnificent ruins are located about 12 kilometres from modern Sukhothai, in Thailand 's northern hills.