Announcing Best Travel Destinations for the Young at Heart this Winter

The winter holidays are coming so wipe the dust off of your snowboard and prepare for an exciting adventure to the world’s best travel destinations this season.

Break the Bank in St. Moritz 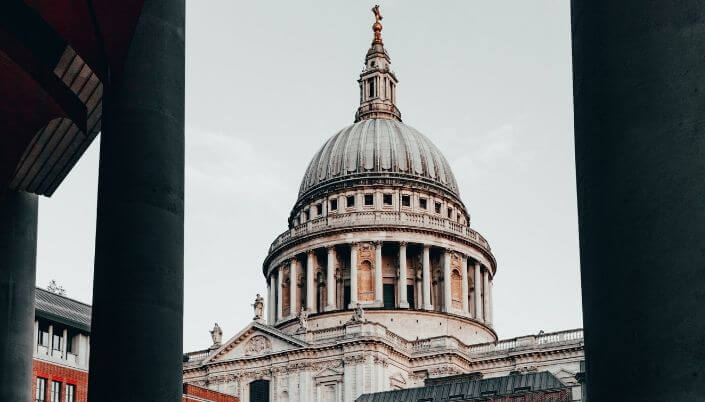 Revenge is a dish best served cold and where else to flaunt your hard-earned wealth than in posh and ultra chic St. Moritz. Take photos of yourself in your £4,000 penthouse at the Kempinski Grand Hotel des Bains and see your ex-boss curl up and turn green with envy. St. Moriz is finding even more ways to up the ante. In 2014, the new OVAVERVA Indoor Swimming Pool will open after more than a year of construction. Spend the winter relaxing in a luxurious fitness centre while plotting your victorious return.

Budget Fun on the Slopes

If you are looking for some serious fun on the ice but don’t have the budget for upscale resorts, try Krkonose in Czechoslovakia. For the same features and service but less the price, this winter resort is popular among budget-conscious ski enthusiasts. You can also go further back country to the slopes of Spindleruv Mlyn where food and booze are way cheaper than your average resort. The best time to go is December and January when you can catch local festivities in between ski trips. Just be sure to buy yourself a travel insurance policy before hitting the slopes. You would not want to spend your last pound getting your front teeth fixed after smashing your head on your snowboard. 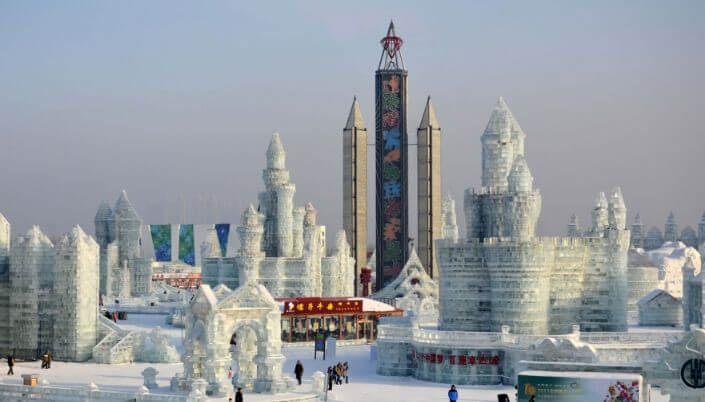 Russian artisans and local Chinese ice sculptors have perfected the art of turning ice into amazing sculptures in the frosty “Ice City” of Harbin, China. Blocks of snow from the Songhua River are carved into majestic castles and grand palaces. The details on snow dragons are mind-boggling and will make you appreciate the extraordinary skill of ice artists. The Harbin Ice and Snow Festival attract tourists from all over the world. The lights display on the ice creations is enchanting against the backdrop of clear night skies. The festival runs in January when the temperatures are just right for some ice art.

Communing with the Local Wildlife in Alaska

If your idea of a grand winter vacation is going on Alaskan adventure, pack your trusty winter essentials and head off to the Chena River State Recreation Area. You can enjoy a full-packed winter sports escapade including front-row seats to the thousand-mile sled dog race called the Yukon Quest. If you fancy viewing the Northern Lights in style, sign up for the Snow Coach Tour which will give you the best viewing angles for enjoying this natural play of lights.

All Eyes are on Sochi, Russia 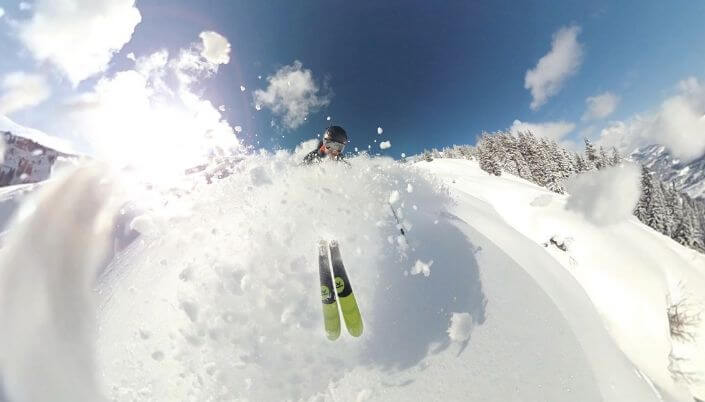 Fans of the 2014 Winter Olympics all have their sights set on Sochi, Russia where the world’s best winter sports athletes will battle it out on the ice. Nest led along the Black Sea, Sochi boasts of relatively comfortable mild winters with average temperatures of 11 degrees Celsius by day and 4 degrees at night. Pretend you are a famous athlete and slide down the slopes in style before the rest of the world descends on the area next year. Aside from Sochi, Russia boasts of the best travel destinations because of its perfect snow slopes and scenic villages.

Globelink warn you to take out comprehensive travel isnurance or winter sports travel insurance to stay safe this winter while travelling out on a skiing or snow boarding holiday.