Day 4 in the Big Brother House

All of the guys left to see a monastery this morning, where the Dalai Lama was born. I went off to negotiate a good deal on a silk pashmena for the missus and find somewhere to write up my Indian travel diary. On my return to the hotel, a young lad approached me with a shoe shine kit ... You from Newcastle Sir, ? you from Newcastle ? I had a very brief chat with the lad as I was looking around for the guys who had obviously set me up!

Nope, no one looking around corners giggling? I have to say I was confused and a bit paranoid. It was only made clear when about 20 yards down the Road I heard this young lads distinctive voice again. He had approached someone else whom he must have thought was also European. Are you from Newcastle sir? Are you from Newcastle? How ironic! One of my Geordie comrades must have passed through at some point, weeks, months, years before!, humour is a wonderful thing. 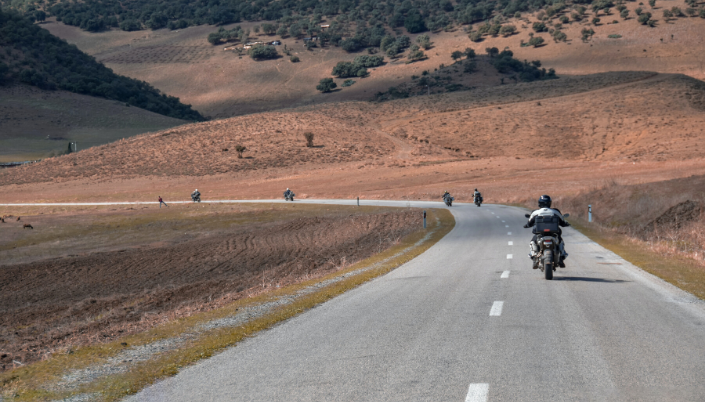 Just a short ride to camp today, about 100 kilometres to Bir, the top paragliding site in India at about 7000 feet. Probably my most enjoyable day of riding, mainly because it was all tight country or mountain pass terrain. Both Raj and skid Mark dropped the bikes today. I wished I'd stopped to take a photo of the little boy who was merrily playing with a hoop and stick along one of the village passes. Dogs and cows were a particular nuisance today we had to have our wits about us all of the time. Manni was attacked by a dog that took umbrage to our passing through his village, and this was the first time that we saw monkeys in any numbers.

By far the most difficult obstacles today though were the monkeys! Poor Mike had a head-on with a Macaque monkey, and it lost! I followed him but managed to avoid it lying in the Road. We kept on for another half an hour or so. I was thinking of how to get to Mike first and tell him that that Bubbles had got away in case he was a sensitive soul, but no Richard the bastard was straight in there "MONKEY MURDERER, MONKEY MURDERER,!" it was me or the monkey" was Mike's reply, priceless!! I don't suppose you get many opportunities in your lifetime to share that phrase with your pals! Now I'm an animal lover, but the monkey had already "had its chips" and this gave us the opportunity for a bit of male bonding. "No win no fee" shouted Rob, "You will receive 100% of the compensation hollowed Raj" those pesky Solicitors!

"Two more Mike, and it would get you the jackpot on the fruit machine back in Delhi" was a shout from the back of the group! I still hadn't really relaxed enough to sing into my helmet along the way, (bikers know what I mean), and although I was humming by day three that was just my leathers!

It was surreal as we passed through some of the villages. All of the locals came out to wave at us as we passed through. Not at anytime did I feel that our presence was unwelcome, something that I found humbling, as back in the UK strangers equal hostility, a sad reflection on our so called modern society. We rolled into the "Generals Place" campsite, the only one within reaching distance of Billing paraglide site which was 14k of challenging riding away up to 7000 feet. The general was waiting for us, donned with his handlebar moustache, and whip. 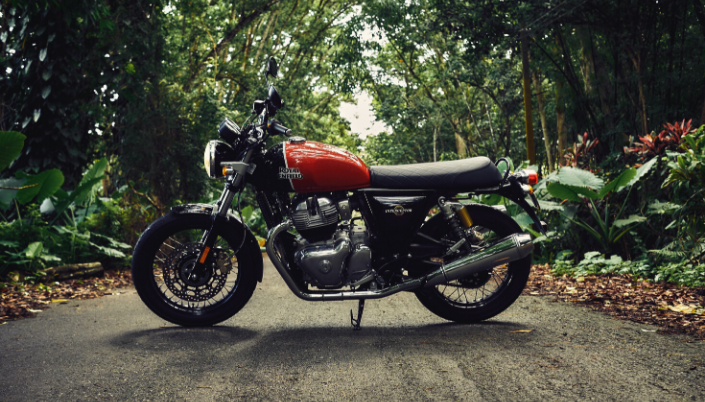 As we had lunch, Richard started coming into his own! asking the woman serving us if she was the general's wife? ,Yes she replied, "bugger" said Richard. The woman took it as a compliment. He unfortunately didn't leave it there, later on in the night, after a couple of beers good old Richie poos only went and told the general he was "fighting above his weight" remarking on how attractive his wife was. Now then, he was an ex general in the Indian army, who aren't renowned for their sensitive way of dealing with disharmony, did Richard care ?? NO. I did have some thoughts of being dragged out of bed during the night and helping to prop up the generals new pergola for the next 20 years. Richard got some ribbing from all of us, all in good humour.

Before tea however we all headed up the trail to Billing. Three of us chose to follow in the mini bus to get some photo's. BIG, BIG MISTAKE! Now this bus driver was an absolute expert no doubt. However the pass was so narrow that we were often centimetres away from the edge. Rob was really chilled about it, he'd worked out that the weight distribution was balanced so technically that it was ok as the bus would stay on the track even on two wheels. However, I don't think he realised that I had one extra pitta bread at lunch, therefore there was a real chance that we actually may be in danger!

Both Mike and me were both bricking it all of the way, not helped at times when the bus driver kept turning around to chat to the mechanics, I had already decided that I was walking back 14k or no 14k. Luckily for me, Ian had gone up on his bike and also found the trip equally challenging and decided to walk back finding the height just too much. He actually made it about 10 kilometres before the bus caught up with him, we were quite worried about him to be honest ..... At the top there were two groups of Para gliders, one British, one Russian, waiting for the right wind speeds, weather, and well whatever else they wait for. The British guys had been there all day. Eventually the two Russian guys padded up .... 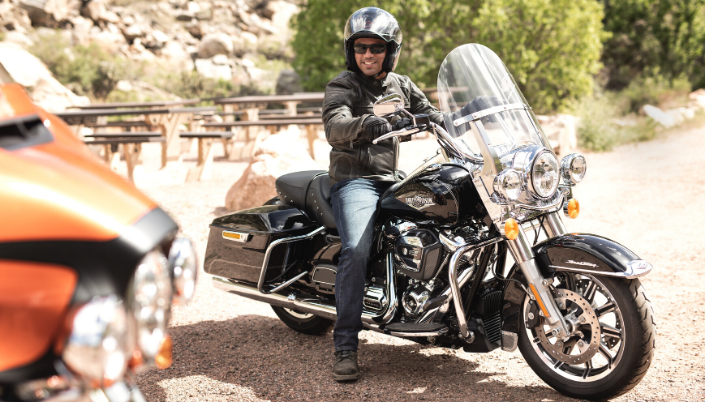 Ok I'm trying not to bore you so here it is. The process is that one guy guides the other through the cloud via radio's both with alto metres. As the jumper was marking his run up, the lead guy has a short conversation with us answering some questions in broken English. This guy had a really bad stammer. Think it through, and if you don't get it ,then ask a mate L. I was just crying with laughter as the first Russian leapt off the cliff and no joke we didn't see either of them at base camp. I rode back to base camp on lan's bike in my shorts. I'd worked out that if I'd tumbled off the edge, a pair of leathers wasn't going to save the day. I just told our faithful leader that I had armored knees.

Tonight was a really chilled night, a camp fire and a chance to unwind with a beer or three. The general kept the bar tab, so he paraded out-front as if supervising his troops, and to keep an eye on Richard! This was the first time we had any conversation about motorbikes, Mike was really starting to enjoy the sweet harmony he was experiencing with his machine. After 2 beers he was even talking about buying one back in England. I reminded him that when I'm in Spain I really enjoy the cheap Spar wine, but when I'd taken a bottle home once, it was well, ... shit.I'm sure that I saw a candle and 2 glasses perched on the seat late into the evening. He must have got the dishy daughter. If you don't get the joke then you've skim read so far!

Ian came down to dinner a little later than everyone else. I thought he had two space hoppers tied to his feet but on closer inspection it was his blisters, bless him. The boots had done their worst during his trek off the hill. He had a few Kingfisher beers that night I'll tell you. Just to keep a reality check, there was an American guy hobbling around, he looked like an older version of Mick Jagger (yes older). He'd just had a bad fall from his Hand-Glider after becoming entangled with a novice in mid air. Broken ribs and a few other injuries. Didn’t /couldn’t get himself to hospital so was recuperating at the general's expense ... I'd overheard the general giving him notice to leave, hope he listened. Raj and Skid Mark both dropped their bikes today. I had a word with the mechanics to see if they could build Mark a rubber one during the night ! That's what I needed Globelink travel insurance for!

Read also: The Diaries of a Geordie in India - Motorcycle Challenge 2010