Our Trans-Siberian Hangover From Rob

After having the Trans-Siberian railway trip for three weeks already our next destination was Irkutsk in Russia, home to the deepest lake in the world.

Here we wanted to get to Lake Baikal where we would be spending a week in the wilderness. We wanted to get to a village on the shore of the Lake called Bolshie Koty. This village was surrounded by thick forest had no road connections, its only contact with the outside world was by boat, which came daily from Irkutsk. Once there we immediately set off out of the village on the footpath that followed the shore. We came across an area suitable for camping to set up our tents, with the idea we would walk further the next day. There was a group of Siberian students nearby, and it didn't take long before they came over and invited us up for dinner. 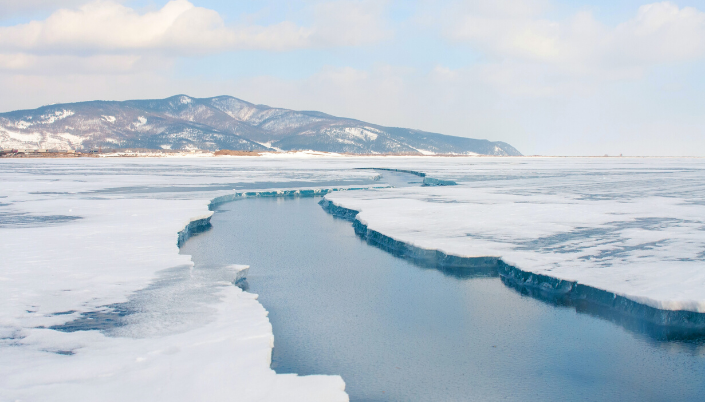 They had made themselves a luxurious base - picnic table with shelter made from plastic sheeting and seating around the camp fire. We said to them that we were surprised how misty it was, they corrected us informing that it was not mist but smoke caused by the forest fire about 1 mile away. When telling us they did not seem to be worried about it, they then invited us up through the forest to see it. It was a tough hike up through the valley of dense forest, but definitely worth it once there. We could see a line of fire stretching up the sides of the valley, being so close was thrilling. They reassured us that we would be ok while we were at our camp, but the fire was a great worry for the village. We became really good friends with the students, who were supposed to be at the Lake for a college project, but all the time we were there we did not see them do a single piece of work, although they did get through quite a few bottles of vodka. We were blown away by their hospitality as they would ask us to join them for every meal (willing cooked by the ladies!). We also climbed a mountain beside the Lake, where the path to get there just dropped away at several points - one slip and we would be falling 50ft down the side of the cliff into the Lake! At the top the views were stunning, even though the smoke limited our vision.

All of the blokes could sing and play guitar like professionals. Every night we sat around the camp fire and they would play and sing many songs, even performing songs they had written themselves. On their last night we all had a few drinks and they asked if we could sing any English songs for them. We should have just said no, but instead we must have gone through 15 or 20 coruses attempting to sing a song, failing dreadfully when it got to any of the verses. I don't know what our audience must have thought, but we were understandably ashamed of ourselves - three men and not one song between us (though we did redeem ourselves with a faultless rendition of 'happy birthday'). 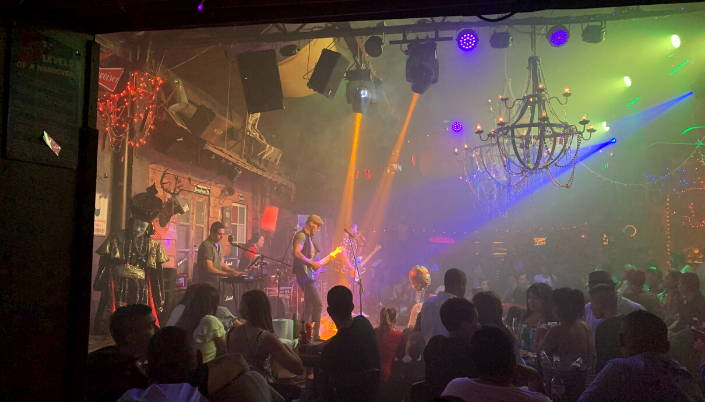 After the students had left we met two Austrailans that were staying in the village. They had been invited to the Friday night disco and said that we should come along - should be a laugh we thought. We were told it didn't start kicking off till about 11.30 p.m. We got there, and to our surprise it consisted of a stereo blasting out cheesy dance music and various Russian pop hits outside of the local shop with about five people dancing around flailing their arms about in the air. We stood there trying not to cry with laughter with a can of beer on the side of the 'dance floor' watching the 'clubbers' dance around in the street. Though that was not enough for this crazy woman who would not have us standing still - we had to dance or she would grab us and start flinging our arms about. After some of the local brew the dancing shoes were donned and there was no stopping us.

We had arranged to catch the boat back to Irkutsk with the Austrailans, who informed us that it was leaving at 1 p.m. As we came over the hill into the village at 12.30 p.m. we watched the boat motor away - typical! Luckily there was another boat that day, and on that boat we met a mad family who insisted we drank vodka and ate with them. We were the center of attention for the whole boat - the crazy loud family from Irkutsk sharing their food and vodka with the English travellers. As soon as the first bottle was finished, there was a huge eruption of laughter as another was pulled out. 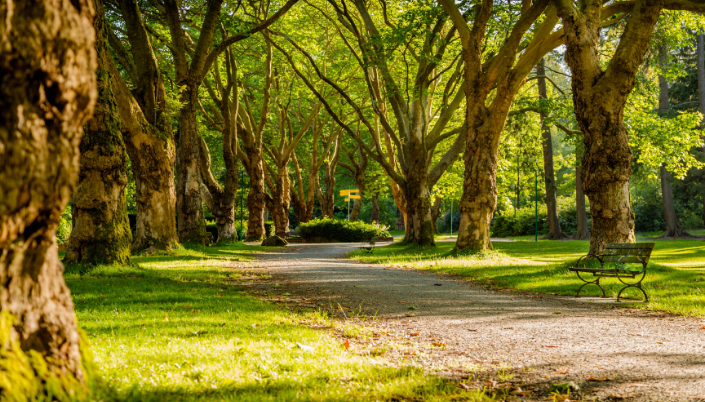 Once in Irkutsk we discovered the accommodation to be too expensive for our budget, so we thought it would be a good idea to walk out of the city and camp in the nearby forest. Instead we had another drink at a bar and ended up sleeping rough in the park - slap bang in the center of the city. That night we had two encounters with the police. The first was just as we had got to sleep, he basically told us we couldn't sleep there. So we dragged our bags 50M to a different area of the park and slept there, hoping he would not return. The second encounter was at dawn, when we were woken up by two policemen laughing at us, then walking off.

That day we felt terrible - hung-over and severely deprived of sleep from the past couple days. We had arranged with the daughter of the family we met on the boat to meet up for a couple of hours before catching the train on to Mongolia. Little did we know this girl LOVED Irkutsk, and wanted to show us all she could in the time we had. All we wanted to do is sit down at a cafe and relax, but she was brimming with enthusiasm and seemed desperate to show us everything! So we went along with it, dragged around the city pretending to be having a good time when sleep was all we could think about. Once on the train we knew we were due a well earned sleep, then awake in Mongolia...