A Trip to Mexico

Here is one of my travel stories. Hope it entertains you! In March this year, I went on a trip to Mexico with my flatmate, to meet one of our friends who was renewing her visa. The three of us (all girls) made our way down to Cancun in a rented car, by ourselves. Thank goodness we had our Mexican friend with us to speak spanish and ask for directions!

Me and my flatmate took turns driving up there. We arrived in Cancun. My turn came to drive. If you have ever driven in Mexico, you will understand the trauma. There are few lines painted on the road, confusing intersections, pot holes, you name it. I was at a set of traffic lights, when they turned red. I stopped, and a car crashed into the back of me. The other driver and I stopped in a safe place to inspect the damage, and who witnessed it all? A Mexican cop. the other driver was very apologetic to me, I was shaken. But then a turn of events. 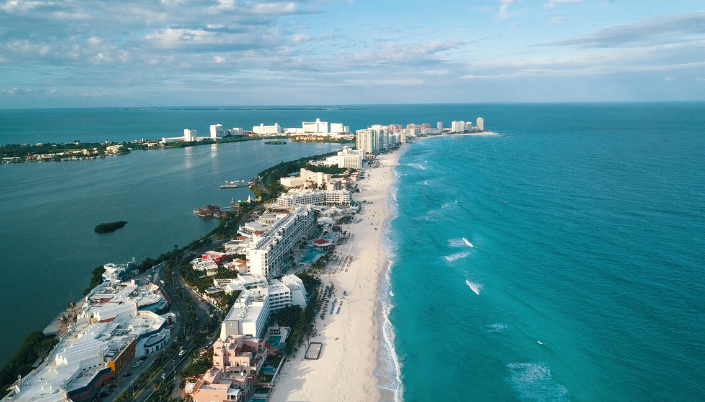 The Mexican cop, using my friend as a translator, translated to say I was in the wrong, as the lights, and my position, put me partly to blame. This was, of course, all bullshit. He said he would have to take my Australian license, I would have to go to the police station, and pay $180 to get it back. But an arrangement could be made between us, "my boss, he wants his dinner" was what he said exactly. So the bribe (about $60) was put in a pouch and given to him without the other driver knowing. The other driver was very nice. We found out that he worked for a ferry company for a nearby island. He gave us his card and told us to call him the next day in the morning.

So the next day, we went to the ferry and gave him a call. He organized for the people there to give us passes to the ferry. And what happened next is what dreams are made of. We arrived at the island, and realized we had a day of all the food, alcohol, kayaking, snorkelling, palm trees, hammocks and adventure we could handle. And all for free. It turned out to be the best day we spent in cancun. We saw the driver later and thanked him. Who could know that a car crash and corrupt cops in Mexico could lead to one of the best days we ever had?