I've visited to Mongolia twice in the last 6 years, to go horse riding in the Zavkhan aimag (province) in the west of the country.

Mongolia is one of the least densely populated countries in the world, and if you visit to Mongolia, you will see that life in the countryside hasn't changed much in the last 1,000 years. It was great to experience this firsthand. Mongolia is associated with Genghis Khan, and every year the three manly sports of archery, wrestling and horse riding are celebrated during the Naadam festival. Genghis Khan's nine yak tails, representing the nine tribes of the Mongols that he united in the 13th century, are still ceremonially transported from Sukhbaatar Square to the stadium to open the Naadam festivities in the capital, Ulaanbatar. 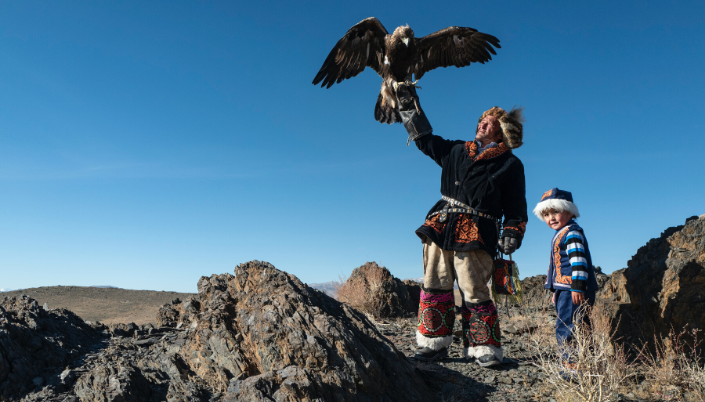 Wrestling (bokh in the local language) is popular all year round, as the horse wranglers demonstrated on my holiday! The aim is to get your opponent to touch his upper body, knee or elbow to the ground - as soon as this happens you've won.

In official competitions there are no age limits or weight classes - so someone weighting 70 kg could be up against someone who is 120 kg!

We also learned the legend behind the traditional outfits worn in competitions - there was a wrestler who defeated all other combatants, before opening her jacket and revealing she was a woman! After this, the jackets had to reveal the wrestler's chest.