The Best of Nature & the Urban Jungle

My last big trip was the perfect combination of nature in its wild state in the East coast of Canada, including a week in gorgeous Nova Scotia. That was a fantastic road trip with two of my best girlfriends, one coming from London, the other from Thessaloniki and myself from Madrid.

It was just the kind of relaxing, and enjoying good company in a gorgeous setting that we needed. We've crossed wild animals such as moose and whales, as well as some of the most photogenic lighthouses in the world against dramatic landscapes. As a base, we chose the picture perfect port town of Lunenburg, UNESCO World Heritage since 1995 for being the best surviving example of a planned British colonial settlement in North America. With its multi-coloured wooden houses, heritage boats on the port and ocean views, it is really charming. It is also a good base to go whale watching, so when I saw a whale cruising boat coming back at the port, and people on it clapping at the captain and looking like they had a great time, I decided to ask about their experience. I’ve approached an elderly lady, and asked her if she enjoyed the whale watching and if she would recommend it, to which she replied: “Oh no Dear, we weren’t whale watching, we went to scatter the ashes of my neighbor as per his last wish, it was marvelous!” 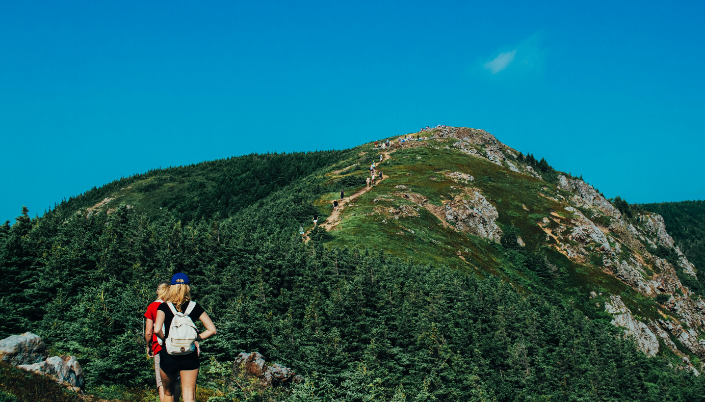 The way back home had to unexpectedly be via the Big Apple, the simplest route back, and as I'd never visited it before, I had to stay for a few days there, of course! It was quite emotional to fly over NYC for the first time, and yet be so familiar with its skyline already from all the Hollywood movies and TV series seen. These were 3 intense days, from first thing in the morning until late at night non-stop, exhilarating and exhausting, absolutely loved it, will have to stay longer next time!

Get a bigger discount from your next Globelink policy!