New York, yes we all say one day we will go there just to see what everyone is shouting about and to see if it is really as good as everyone says. Well, we went and it was just brilliant. We flew into Atlanta, Georgia and we toured up the east coast all the way to New York (the state) visiting New York City. I drove in from the north side (Newark) on hwy95 then picking up the 495 through the Lincoln Tunnel. The tunnel takes you right into the heart of the city but not before taking 15 dollars off you for the privilege. 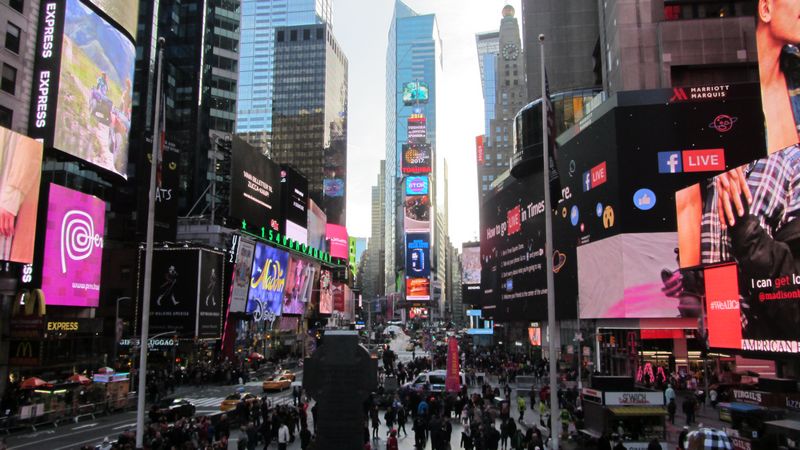 We had a hotel close to Time Square so this was the best route for us. Parking outside of the hotel is necessary but not advised as you will be towed away with very little sympathy for the inconvenience caused. But we managed it making a quick luggage off load tipping the hotel door staff 20 bucks to put the luggage in the holding room for a couple of hours for us.

Tip: if you do this make sure it’s the hotel staff and not a stranger passing by. One of you go in to the hotel counter to get someone. It’s cheaper than paying the car hire company 500 dollars in admin fees impound costs to get the car back. So after dropping the luggage off at the hotel we then dropped the car off and walked back to the hotel (3 blocks) and checked in to our room. And now we are free to explore New York City. 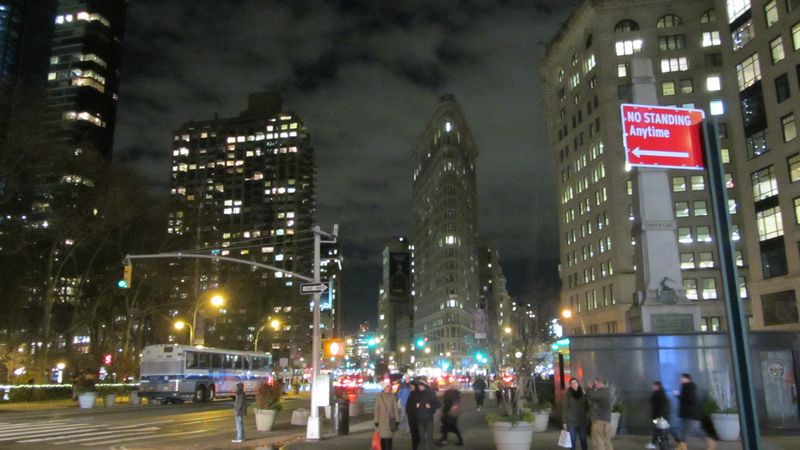 We have visited quite a few different cities. Some have a special feel to them that only that city has. New York is one of these cities. It’s just feels very vibrant fast and exciting. Stepping into the street, the noise of distant horns, the odd fire engine siren echoing between the buildings, the smell of random street food (some good and some not so) wafting the streets. Add to this the 24hour shops, flashing lights and billboards everywhere you look. 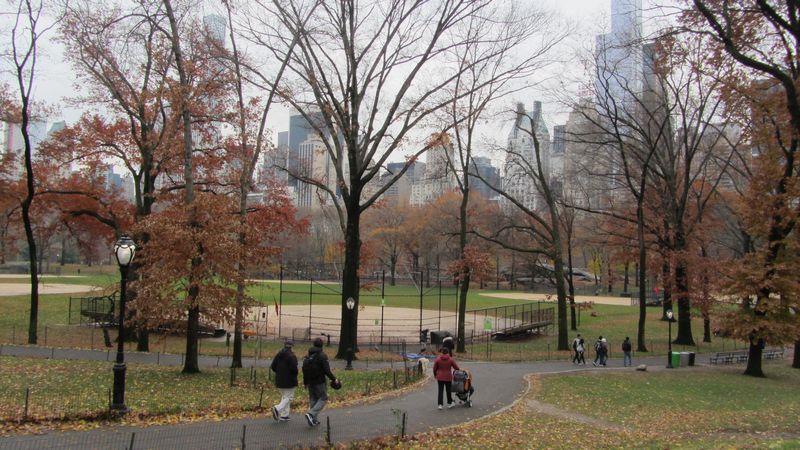 It’s not like any other city we know but in a very good way. At no time did we feel unsafe quite the opposite with people everywhere you were never alone. I’m sure like any city/town there are them, not so nice neighbourhoods that we try to avoid as tourists but we walk at night unhindered around midtown. NYC is well policed throughout which is comforting to the wary traveller, so score high on my chart there.

We use the Subways which are good and cheap way of getting around, cleaner than London if that’s a measurement (London being one of the worst I’ve been on). And we did use a yellow cab which was good service and not too expensive (same as Black cabs in London). 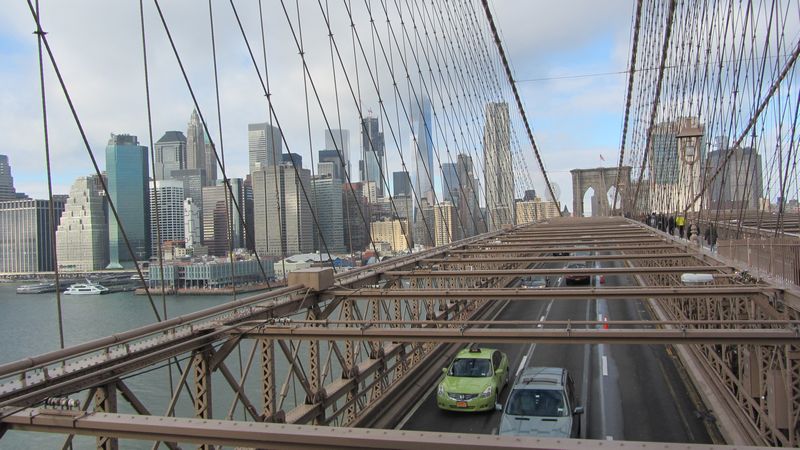 We visited lots of places, it felt like we visited everywhere but looking in the guides only covered a small portion of what’s on offer in this great city. We done a Christmas show at Radio City. Both loved that and would recommend you make time one evening to go even if you are not theatre goers it’s a good experience. 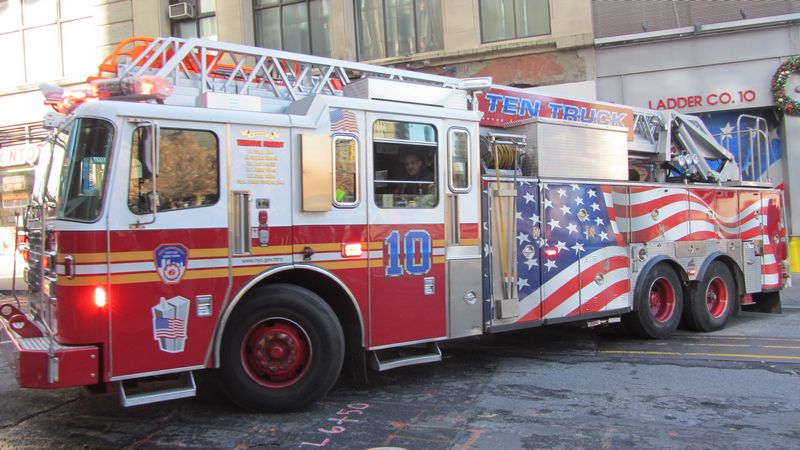 Been up towers for views over NYC, walked the Brooklyn bridge (good if you have time). A must is the 9/11 memorial which is a touching tribute to all the poor souls caught up in that tragic event. Obviously, we done Macys and all the other big department stores manly guide by my wife’s strange ability to spot a bargain and convince me it’s worth it. Well, it was December and Happy wife - Happy life’, as they say. 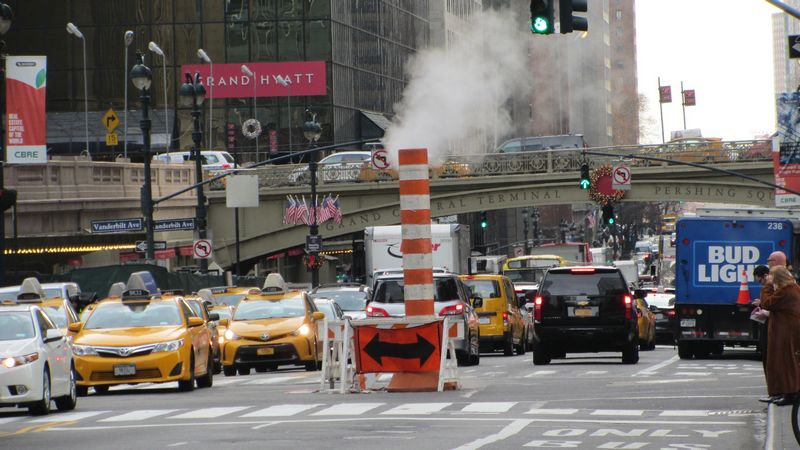 NYC it well known for its great shopping, and some great bargain to be had. I’m not really a high brand consumer but if you are every high Brand name is there and I mean all of them and more of the not so known exclusive type boutiques. Of course you have to be famous to get a foot in the door in these places. Good news is it’s free to look in the windows, my sort of shopping.

So I hope this helps to spur you on to making that trip to NYC. We spent 5 nights (4 days) and walked miles, and will be going back next year 2018 to soak up some more of that New York City atmosphere.