Ever Been to Egypt?

My husband and I went to Hurgada to celebrate our 1st anniversary. That was our first time traveling abroad. So we went, having no idea what is the country all about. Of course we were not totally oblivious, we are both well educated people, at least we feel much better thinking that we are. Nevertheless, we didn't research on the country before the trip.

So we stayed in Golden Five Hotel, which is a five star hotel. It was pretty nice if not consider the absence of hot water at times. The Red Sea is really beautiful I highly recommend diving and plunging which I personally didn't because of the major sunburn I got the second day at the beach. Nevertheless, judging from the pictures of those who did dive I can tell that it was amazing. Needless to say that my burned skin prevented not only from diving but from many other activities as well, which kind of defeated the purpose of honeymoon. 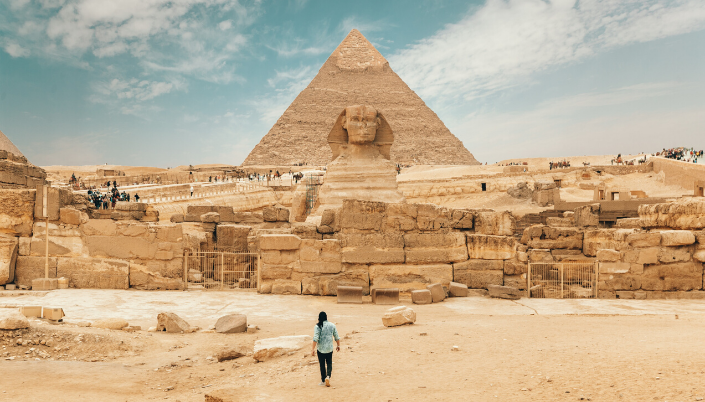 Anyhow, we had plenty of time for sightseeing and so we did only for Christ sake, do not even think of taking as many excursions as we did!!! You will get totally exhausted and will need another week to restore from the rest you have had just came back from, trust me I know what I am talking about. Yea, so imagine in 7 days we have visited Cairo and Luxor, went to the desert safari and two boat trips. Yea, when I say 7 days, that's including the day of arrival and the day of departure imagine! Looking back at it I think what the hell we've been thinking off!

First thing you will be told by your guide, which keeps talking during your transfer from the airport to the hotel, is that you have to negotiate prices everywhere, by not doing so you will insult the sales men. Mention should be made, that first person you can practice negotiating with is the guide himself! Why? Because right after the check in he will offer you a list of activities you might want to indulge yourself into. Those are abovementioned sightseeing tours and more. The tours will be carefully printed out with the short descriptions and prices. The fact that the prices where on paper made us think that they are fixed, in fact the better idea would have been to linger in the hall and wait until the guide will be left alone from the bunch of people willing to buy tours and ask him for a discount. That works very well, as our fellow travelers paid almost twice less then we did.

Another thing that we didn't know is that same tours are being offered at the beach. While lying there tanning, burning in my case, you will be offered all sorts of tours. It is funny how the price ranges depending on where you are coming from. Lucky Russians get it for very cheap, if you are coming from say Germany you will be probably charged twice as much. Be careful buying tours on the beach though, one couple was very proud to go to Cairo almost for free. What happened later is that people were just brought to Cairo and left on their own without any guide or anything. That is not what you are looking for, trust me. 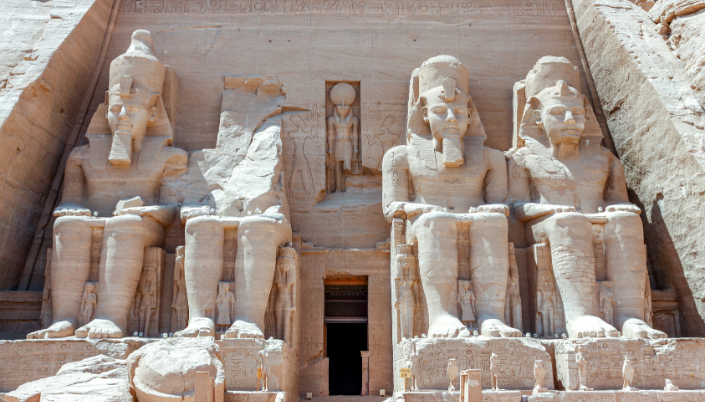 You will also find a bunch of different shops inside of the hotel and out in the city. Try to restrain from going out of hotel for at least couple of days. Wait till you will get nice and tanned because this is how the newcomers are being identified from those being at the place for a while. If a sales person sees you white as snow forget about bargains. And if you are naturally swarthy, oh well, forget what I've just wrote and go for it! Be careful with the sales men, they can be pretty annoying, be calm and cold to show you are not interested. When buying souvenirs I was choked. Would you expect a sales man in answer to your "how much?" say: "how much do u want to get it for?" I was totally not prepared for that question and felt kind of lost for a couple of seconds. Try naming ridiculously low price you can always go up from there. Normally if you are a good negotiator you can get half of the price off, you will get 30% off almost everywhere for sure. In the end you might even like the negotiation process, we have met a person who spend 3 hours negotiating, but I don't think you should go that far, there so much to see and do!

In some places you are offered to drink hot or cold tea (the name of which I had forgotten, it's red by color) I suggest you refuse politely. My husband had had a couple of those cause he was way too thirsty and unable to resist, as a result he had diarrhea attacks throughout the week that followed, luckily he had that tea at the last day of our stay, otherwise we would not even be able to go sightseeing!

Speaking of which I should mention that you should ask for as much information as possible about the trip you are about to make. Say in Luxor it's too hot to stay in the sun with your head not covered, so make sure you take some cap. During the safari trip not only your head but your face should also be covered in order to protect your eyes, and nose from sand, which seems to get everywhere! Forget about wearing your best outfit for safari! You will end up buying a new one! After all you will resemble a white hip of sand. Personally I spend a while trying to get sand out of my cameras, I think I still have some left. Sweet memorandum! 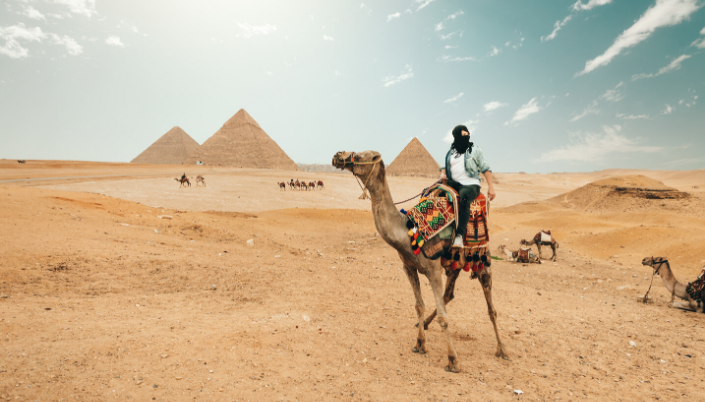 Make sure you have enough of water on you at all times! The places to buy it might be limited especially during the trips. Make sure the bottled water is properly sealed, I still remember the guy giving us the bottle of water which was already opened. This makes me assume they put the running water inside and sell it as bottled.

Also make sure you ask how long does the trip take. For us getting to Luxor took 8 hours (even more than that to get to Cairo), busses go guarded in file, that is the reason why they go so slow. You would see the file of 40 busses going in the same direction, make sure you remember how your buss looks like, so that you can easily identify it at the bus stop. As we left the hotel at 5 am, I think it was a really good idea to sneak the pillow from the room and sleep in the bus, as we didn't came back to the hotel earlier than 2 am next day, Of course you are not supposed to take pillows out of a room but this is an emergency situation, right?

Overall I have a very good impression of my stay in Egypt. I only wish I knew all the things mentioned above before the trip, it would have saved us some money and a lot of nerves. Hope those tips would be of use to you as well. Wish you luck wherever you go.

Read also: How Safe is Egypt for the First-Time Visitors?