One Month Trip to Sri Lanka

What I have been doing since I left England

I flew to Sri Lanka for 1 month and it is a very interesting place to visit and I would certainly recommend it to anyone. It's cheap and there much to see. Its also quite small and so it's easy to travel around. At this moment it is not the peak season and so that could be a reason for the low cost. Peak season is December to March and I noticed the prices for flights then were triple what I paid. There wasn't many other tourists there and those I did see where usually on package holidays and so stayed in different hotels then me. Usually I was the only white face on any transport I took, the only guest in the guesthouse and I ate alone apart from 1 occassion. The locals were friendly but its good to meet other travellers to share experiences and exchange tips on where to go and where not to go.

When I arrived I went immediately to a beach town called Negombo instead of going to the capital Colombo. This is because it was actually closer to the airport than Colombo. I thought it would quieter and easier for me to acclimatise to being away on my own. It was nice but not much to do. 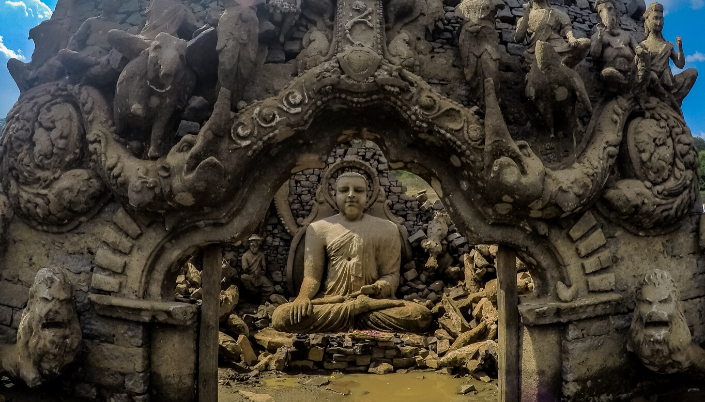 I had a good time exploring the ancient cities, which were situated around the centre of the island. Of course foreigners must pay much, much more than the locals. My favourite was a place called Sigiriya, which is a 200 metre high flat-topped rock with some ruins on top. The rock is a hardened magma plug of an extinct volcano that has long since eroded away. Locals say the ruins are of a palce/fortress of King Kassapa who reighed around the 5th century. Historians say they are of an ancient Buddhist monastery that could date back to 3rd Century BC. Whatever they are they are worth seeing.

I then spent one week travelling through the hill country, which is also around the middle of the island. This was my favourite place because it was a little cooler and the scenery was awesome. there are so many tea plantations that it could be one giant tea plantation. the best way to travel through the hill country is by train because the journeys give you the best opportunity to see more of the countryside.

I then travelled along the south coast for just over a week. The beaches are nice but the nicer the beach the more touts there are. I know that touts need to earn money but they can be a pain sometimes. Tangelle was the only one where there weren't any touts and the beach was still nice. I would go into too much detail on the south but its a beautiful area. Galle was also interesting because the old town is surrounded by a old Dutch fort. You can still walk around the walls and so this was good. At first I had been disappointed because my expectations had been too high but then I liked it. 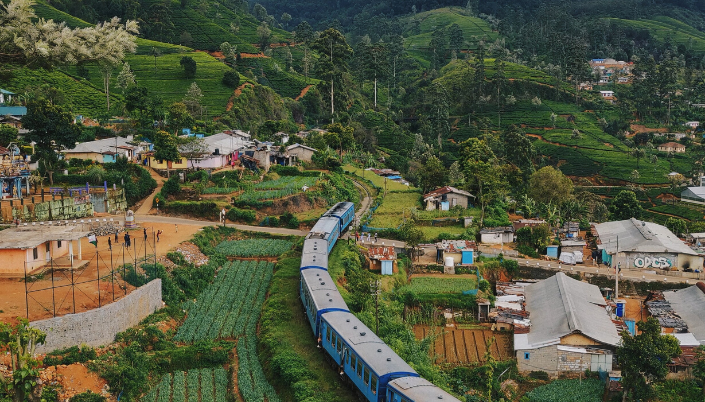 I stayed for one day in Colombo and it was too hot. The security was crazy because of the Tamil Tigers. I had to show my passport twice and I had my bag searched once and I was only walking for 5 minutes. I was staying near to the Naval Headquarters and that is where they feel a terrorist attack may be aimed at and so maybe I should not have been surprised. There were many signs on buildings prohibiting photos being taken and so I have one photo of Colombo, I then flew to Delhi and it is a nightmare of a place. The worst 2 days of my life. I had to get a taxi from the airport to the guesthouse. I knew that taxi were notorious for taking you to more expensive places and so I booked a pre-paid one. We left the airport and reached Delhi and then he said he couldn't find it and he rang a number. I knew it was a scam and that he would give me the phone and someone would say they were full and so I would be stuck with nowhere to stay and he would take me to another hotel which would be more expensive. This is exactly what happened and so we argued and I wrote the car registration number down to compain about him and I had to find my own hotels and it was after 10 o'clock at night.

I found one and I paid more than I should have paid but I couldn't walk through the streets of Delhi all night. I had no idea where I was in the city or how to get to my guesthouse the following day. It took me a while to locate where I was on the map in the morning but I then felt confident. 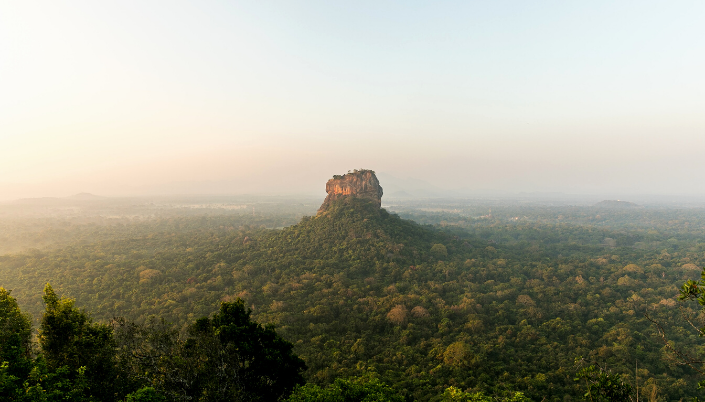 But I was wrong to be confident because a tuk-tuk driver will say he will take you and you arrange a price but they take you to a Backstreet Tourist Office. If you try to walk to where you want to go the tuk-tuks follow you and even people on the street are stopping you offering to help but you know you are in the touts area and they just want to earn commission from you. Itss impossible to describe how frustrating it is. I spent one year in South East Asia last year and I have never experienced anything as bad as Delhi. I finally gave up and bought a flight to Kashmir through a tourist office that seemed much more established. I think I paid too much but I was so happy to leave Delhi. I think that when I have to return to Delhi for my flight to Thailand I will try to get the guesthouse to arrange a taxi to pick me up because I know some will do this. I have met a few people who experienced this when they arrived and its a big problem. Its strange because although you know about it, it can still be impossible to avoid it. Maybe itss just worse if they know this is your first time in India or you are alone.

I have been in Kashmir for nearly one week and it's a nice place. I have met and talked to a few other travellers and hopefully things are getting better for me. I hope so because those first 2 days were like a nightmare which I couldn't seem to wake up from.

Sorry if it's too long but I get carried away sometimes.