The FCO has launched a campaign to encourage Brits to better prepare for their holiday by researching the local laws and customs of their destination before travel. The FCO have carried out research that shows that while 70% of people believe that researching local laws and customs would make their holiday more enjoyable, less than half would actually make this part of their preparations when visiting somewhere new.

Every year Brits are caught out by breaking local laws and customs while abroad, and as a result find themselves faced with hefty fines or, in some cases, arrested or detained abroad.

The key messages of the campaign are: 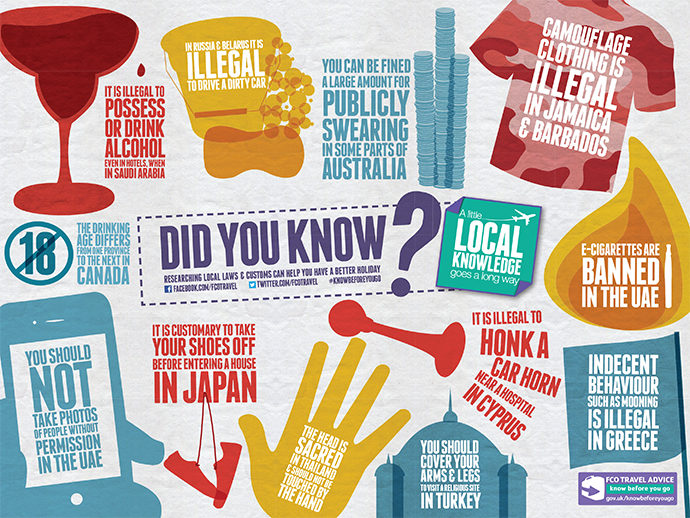 In 2014, the following changes in local law were introduced:

The last thing you want on your holiday is a huge fine or being arrested over something that you do at home! Take a quick look at some of the examples below and you’ll see how easy it is to get in to trouble.

Wherever you are going, the FCO’s travel advice pages have a laws and customs section for each destination and are a great place to begin your research.