If you, your relatives or friends are currently in Nepal affected by the earthquake, and need to contact the FCO, please use contact details below:

Hundreds of thousands of people have spent the nights out after the second major earthquake in less than three weeks. It struck the country on Tuesday with the magnitude of 7.3. The experts predict high probability of landslides and flooding as a result of this second hit. They may not be catastrophic but the water may rise by several meters or more affecting the nearby villages. 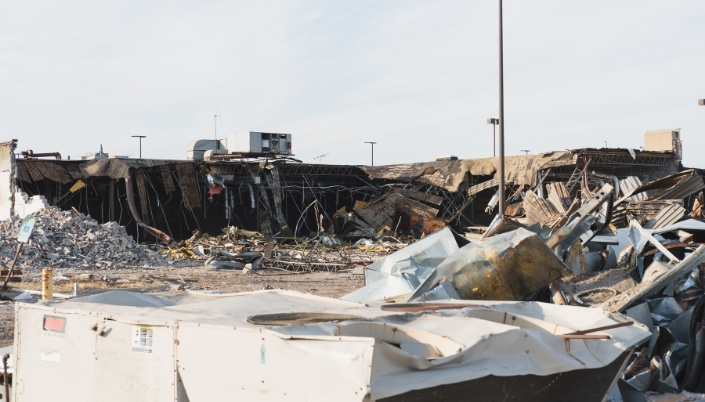 Deadly earthquake with the magnitude of 7.8 struck Nepal on Saturday destroying vast territories around Kathmandu region. As for Sunday, 26th of April over 2,500 people were killed, and this number has been predicted to grow rapidly as the rescuers dig through the rubble of fallen buildings.

According to BBC News, at least 4,300 people are known to have died as for today. More than 6 thousand people have been seriously injured.

The initial panic was changed by strong aftershock causing people to spend the night outside being afraid to return to their homes. The whole tent villages have quickly sprung in Kathmandu for the displaced and injured.

The disaster was especially destructive for the remote mountain villages reported to have up to 90% of houses destroyed. The roads to the earthquake epicentre have been cleared fast to let the rescue teams reach the area.

Saturday Nepal Earthquake has already been called the worst for more than 80 years.

Luckily, the sky cleared on Monday morning allowing rescue teams on helicopters to reach climbers to the Everest who got stuck in partially destroyed camps.

The cultural attractions of Nepal have also been affected with the earthquake causing severe damage to at least four out of seven UNESCO World Heritage sites.

Many countries including the USA, China, India, Norway and the UK have immediately sent their disaster response teams and initial money aid to deal with the earthquake aftermath.

It is strongly recommended for everyone to cancel or at least postpone their planned trips to Nepal until the situation gets safer. Always obtain a reliable travel insurnce policy before travelling.

If you are willing to donate and help to support Nepal, please, do it here.