John's Trip from Laos to Thailand

From Laos to Thailand trip

I have now returned to Thailand again and I'm in a place called Chiang Kong, which is on the Mekhong river bordering Laos. Its been nearly 3 months since I left and it feels good to be back. Almost like returning home. I had just arrived in Vientiane in Laos when I wrote my last email and I stayed there for over 1 week. There wasn't really very much to see there but I met some really cool people there, including Hans (Kiwi Experience and the Ritz in Melbourne) and had a TOP time. 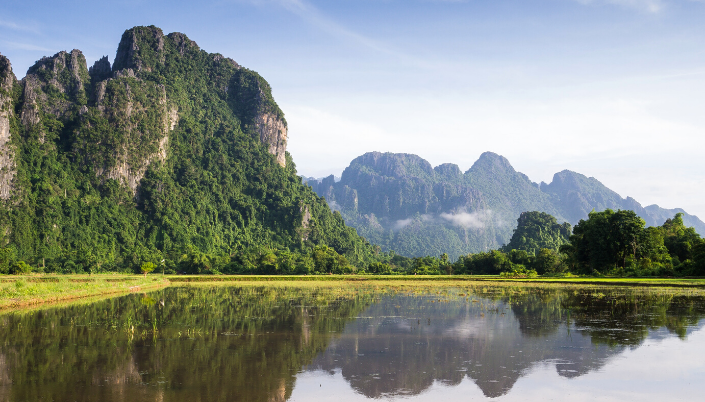 After Vientiane I travelled 4 hours north to a town called Vang Vieng. Lots of people say there don't like it here because its too touristy but I stayed for 2 days and I enjoyed it. The good thing about places that are touristy is that there's lots of other people to meet, good bars and restaurants and more activities to do. The main thing to do here is 'tubing', where you get a big inner-tube from out of tyre and float down the river. It was good fun and there was lots of stops where you could get beer and it was a good way to meet lots of people. I managed to lose my sandals but thats too long a story to tell.

I next travelled up to a place called Luang Prabang which is about 6 hours further north. The bus journey itself was woth coming here for because the scenery was awesome. Its probably the most scenic bus journey I have ever taken. Its also full of backpackers but again I had a good time and met lots of interesting people. There is some awesome waterfalls nearby but I forgot about them until I had left. 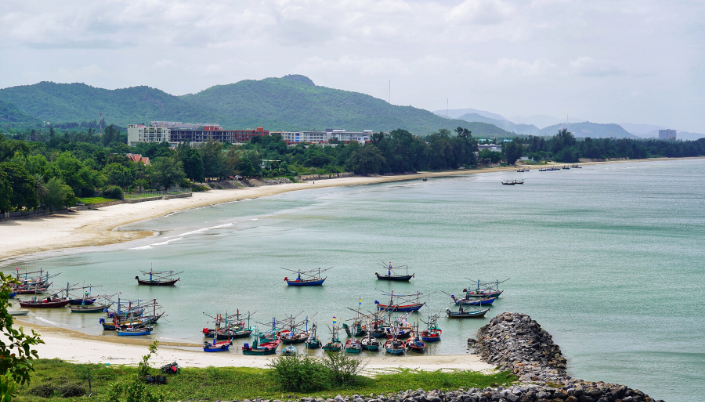 I booked to travel further north to a place called Nong Khiaw by river and I think it it was a good decision. We travelled up the Mekhong for a while and then on to the Nam Ou river. The scenery again was amazing because the river wound its way through beautiful tree covered moutains. We also stopped at some caves called Pak Ou, which have lots of statues of Buddha in them. Most of the people on the trip thought these caves where amazing but I wasn't that impressed. I have seen more statues of Buddha then you could shake a stick at. The funniest part was that we ran out of fuel 2km away from Nong Khiaw and the 2 people running the trip had to row the boat to the bank so we could get petrol. I think everybody on the boat rushed to get their camera to get a photograph of this. Myself included. I had already told the people I was travelling with of all the disasters I seem to have on my travels and so they all blamed me. But I thing it was one of the highlights of the journey.

Nong Khiaw was very quiet with not much to do really but it was a pleasant little village to visit.The following day we caught a boat to take us to another little village called Muang Ngoi. The journey passed without anything going wrong and the village itself was really nice. You can only reach the village by boat and so there are no cars or motor-bikes. The streets where dirt roads and the where chickens, roosters and other various farm animals running around. It felt a little bit like going back in time.

There where a few other backpackers but not that many. Some people where complaining that it was better a few years ago when there wasn't any backpackers at all but I think thats a bit selfish because its not their country and it has nothing to do with them who comes here. There was a couple from Germany who where sat near to us in a restaurant and they where calling us stupid freaking tourists and saying people like us where ruining it for real travellers. I don't know why because we where just quietly eating lunch and weren't drinking alcohol or anything. They were talking in German and they where a bit surprised when they discovered we knew what they where saying. We didn't say anything nasty to them because they where pretty old but we let them know we knew what they where saying. We stayed here for 4 days because it wasn't an easy place to leave and you had to rent a boat to go further up the river. We managed to get a group of 10 people together and hired a boat to travel further north to a place called Muang Khiaw. The boat journey was good but the village itself was not very interesting and so we only stayed for 1 night. 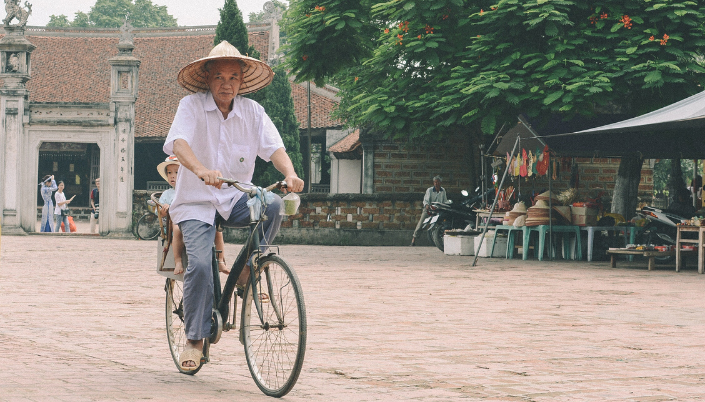 The following day we got another boat journey north towards a town called Phongsali. I wanted to catch the bus because it was a lot cheaper and I felt they too many boat journey would get boring. I was out-voted and so we travelled by boat. The scenery was again beautiful but was the same as the other boat journeys we had taken and the boat was really over-crowded. The boat took us to a tiny village called Hat Sa where we had to then catch a songthiew (a truck with 2 benches in the back) to Phongsali. We missed the only songthiew by about 10 minutes and so we had to spend the night in Hat Sa. There wasn't much to see but it was the Chinese New Year and so all the locals where celebrating, so it was an interesting night.

We managed to catch the songthiew the following afternoon but it was full and so the 4 of us had to stand on the step at the back and hold on to the luggage rack. The road was really bumpy and you had to hold on really tightly, it was also very dusty and when we arrived in Phongsali we where pretty dirty. We had heard that Phongsali was really interesting but it wasn't. The one good thing about it was that they where still celebrating the Chinese New Year and they would invite us into their houses to drink lao-lao (rice wine) with them. Not many backpackers come here yet and so everybody wanted to say hello and the children would act really excited when they saw you, so I was glad I came here in the end. 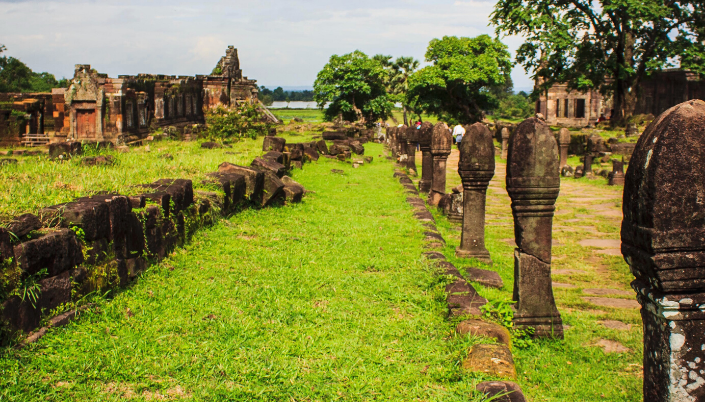 After 3 days of celebrating and drinking lao-lao we caught a bus to Oudom Xai. The road here was very bumpy and dusty but at least we got to sit inside. Unfortunately we got 2 flat tyres and there was only 1 spare tyre and again everybody in my group looked at me as if it was my fault. I shouldn't have told them about all my other disasters. It was interesting to see how they managed to fix the second flat tyre though and it got us to our destination o.k.

We only spent 1 night here and then travelled to a town called Luang Nam Tha, The journey was o.k. and nothing went wrong. When we arrived everybody else caught a bus to go north but I only had 2 days left on my visa and so I had to stay and catch a bus to the border the following morning. It felt strange to be on my own after travelling in a group for around 3 weeks. Its also a little sad because you may never see each other again. 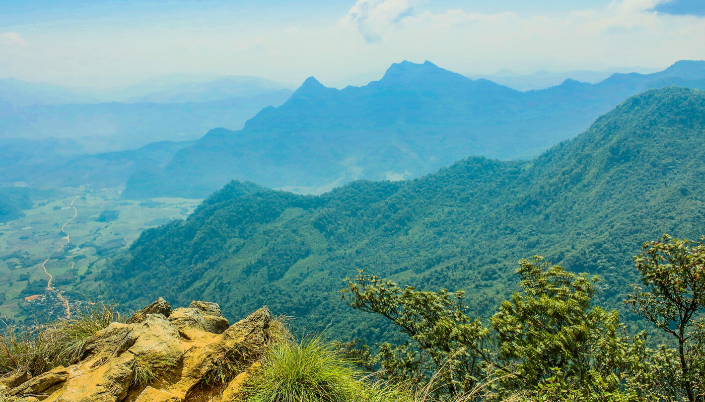 I managed to catch the bus o.k. in the morning. It was due to leave at 9.30 but we still hadn't moved at 10 o'clock. Then we did set off but 5 minutes later we where back at the bus station again because they was some problem with the bus. They fixed it and we set off again, I had noticed that my seat was slightly broken but it was the only 1 left and so I had to hope that it wouldn't get worse. The journey was so bumpy that every time you went over a bump you flew out of your seat and landed back with a real jolt. This meant that my seat was getting worse with every bump and it collapsed before we even got half way. Everybody on the bus thought this was most amusing and it was but the rest of the journey was a bit uncomfortable. Then just over half-way the bus broke down and we all had to get off and wait for the driver to fix it. He fixed it after a while but we didn't arrive at the border town until 9 O'clock at night. I managed to find a cheap guesthouse for the night and the following morning I caught a boat across the Mekhong River back to Thailand. Thankfully it didn't sink.

I have been back in Thailand for over 24 hours but I've not done anything interesting because I was really tired. I slept for nearly 20 hours and when I woke up this morning I seem to need to go to the toilet every 5 minutes. There surely can't be much left inside me by now. I must say sorry for the length of this email but there was so much to write and I had to miss some things out.

Read also: Our Travels From Laos to Chiang Mai-Sore Bums With Travel Insurance