Just a little more than one week left until the next Oktoberfest which will take place in beautiful Munich starting from September 19. Those who are looking forward to this event should have already packed their bags and booked tickets to Germany, because to miss this fun is not an option. So read this ultimate guide to world greatest beer festival just to make sure you are well prepared for this journey.

The first Oktoberfest in history was held in 1810 to honour the wedding of Crown Prince Ludwig of Bavaria and Princess Therese of Saxony-Hildburghausen. During five days people were invited to eat, drink and enjoy parades full of music, shooting displays and a racing horse on the edge of the town. Everyone had such a great time that this celebration was decided to be held annually. This year festival is already 182nd and it does not seem to be the last.

Although the name seems to speak of itself, Oktoberfest mostly takes place in September. The dates of 2015 are September 19 – October 4. 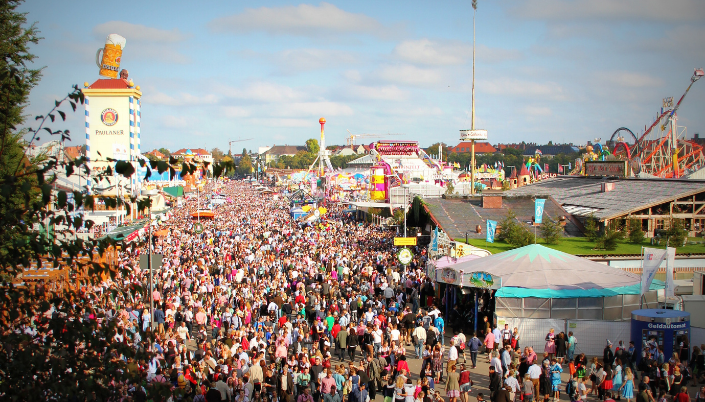 The main Oktoberfest is celebrated on the original meadow which is named in honour of Ludwig’s bride, the Theresienwiese. You can get there by taking a short tram ride right from the centre of Munich.

The first day of the festival starts from the grand parade of carriages, floats and people dressed in colourful costumes walking along the streets of Munich. The Costume und Riflemen’s Procession will take place on the first Sunday of Oktoberfest. Just a week later a huge open-air concert is there to entertain you. You can find the full programme.

Long ago in 1810 tents were erected to keep Ludwig and his bride out of the sun. Nowadays the festival still adhere to gold, however the structure is much more modern with colorful facades, long wooden tables and solid benches. Some of these constructions can hold up more than 10,000 visitors.

Best Hours and Days to Attend

Festival starts at about 10.00 a.m. and at 10.30 p.m. visitors start to drop away. The best days are during the week as the weekends are very crowded.

Lederhosen for men and Dirndl for women are traditional Bavarian clothes. Although wearing them is optional, it is very welcome by foreigners to make an effort. In case you want to merge in this atmosphere completely, there are several shops in Munich selling such gear. 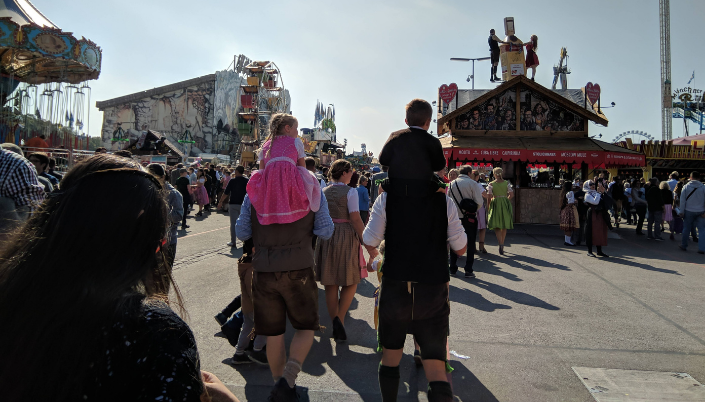 There are 14 tents in total, but here is the list of those you would not want to miss.

We would strongly recommend to book a place in a chosen tent in advance, especially in the most popular ones. The best way to do so is to apply to them directly.

All the beer is served in one-litre glasses with no other options available. Having introduced in 2014 a price of €10 (£7.50) in some of the tents still remains the minimum price for a litre (ein Maß), with the cost up to €10.40.

In case you are planning to attend this great event with your family, there are lots of fairground attractions with spectacular rides (Höllenblitz, Sky Fall, Teufelsrad, Krinoline). Besides you can get your kids occupied with candyfloss stalls and shooting galleries. Live band entertainment, Puppet Theater, Bavarian music with folk dance – these attractions are just a small part of a grand festival. If you get tired of all this fuss you can go explore the city – Munich first-rate museums, galleries, a beautiful town hall, a skyline with spires and domes, the beautiful Englischer Garten, Bayern Munich and the football club of 2014 World Cup. You will definitely enjoy your time! 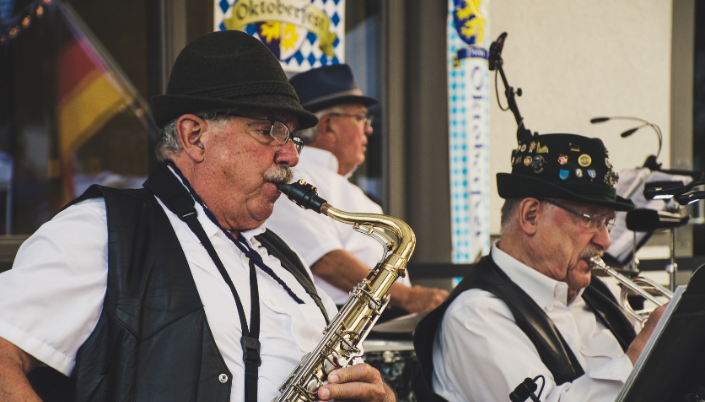 The new “Daemonium” attraction which is arranged over four levels will be appreciated by those for whom stroll through a haunted house is no longer an option after three litres of beer. If it is still very gentle for you, try “Konga” – it is considered Europe’s biggest and fastest swing.

How to Get There?

Fly directly into Munich (MUC) with such airlines as easy Jet, British Airways, air Berlin and Lufthansa. Check the following websites to find the best fares:

There are plenty of accommodations like shared dorm rooms to luxurious hotels. All you have to do is book in advance. With more than 7,000 000 visitors it can get very tight!

And believe us, you will not regret your decision to attend this grand German festival. Have fun and travel safe with Globelink International!