Sudden and deadly blizzards struck Nepal’s Himalayan hiking routes in high climbing season. In fact, this is the most dangerous and lives-taking natural disaster that has ever happened in the region. It all started with Indian severe Cyclone Hudhud bringing massive destructions over the country’s east coast. It damaged the road infrastructures, local airport and many power lines so that the whole region needs serious reconstruction.

Triggered by the Hudhud Cyclone, severe rain and storms moved to Nepal hitting the Annapurna Circuit and taking lives of at least 12 people though other sources state 29 victims. Groups of Nepalese and foreign trekkers were taken by surprise with a hard blizzards coming as if out of nowhere. The difficulty was both in moving forward and in staying at the same point. Approximately more than 140 trekkers have been rescued and many are reported to be missing so the officials express fears that the final death toll will be higher than anyone expected. 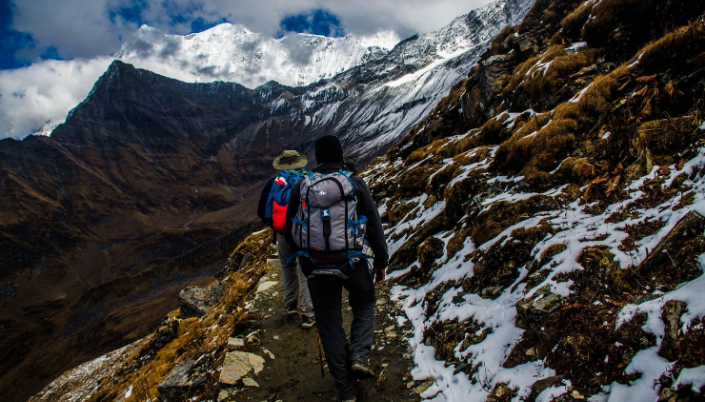 It is reported that among those killed by the blizzards were Nepalese, Polish and Israeli trekkers and the exact number of victims is still uncertain. The biggest problem is that the disaster happened during very popular trekking season so there were many climbers in various spots of the routes which make the rescue mission more difficult. Those rescued from the blizzards report witnessing deaths and the complete inability of perished victims to survive.

Thousands of tourists visit Nepal’s Himalayan trekking routes in October and if you plan doing the same it is strongly recommended to reconsider this idea regarding latest events. On the whole, find out the weather situation in the region you plan visiting before you go there. Use various sources and be very careful. Don’t forget purchasing travel insurance policy, especially if you plan some adventure activities and a part of your to-do list.