With the discovery of liquid water on Mars, the human space travel to this planet has become more possible in the nearest future.

NASA’s science mission chief, John Grunsfeld, at the last news conference even suggested that “it would be possible for there to be life today on Mars”, as the presence of water can provide oxygen.

The fact of flowing water is proved by the dark, narrow streaks on the surface which mainly appear and increase during the warmest Martian months, fading gradually in the cooler period of the year.

“Mars is not dry, arid planet that we thought of it in the past”, said Jim Green, director of planetary science for NASA. 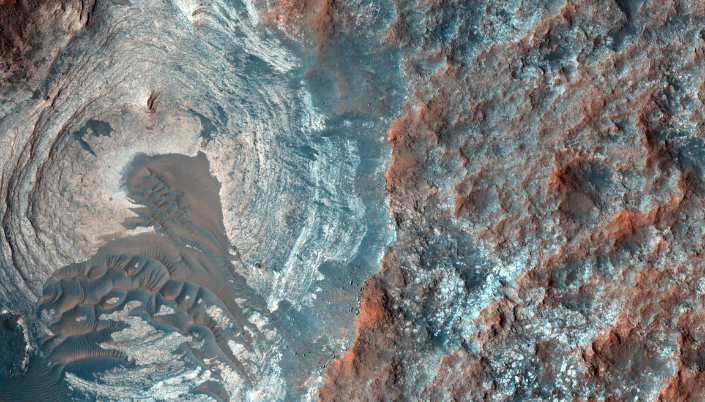 Although the origin of water rivulets still remains a mystery, scientists research theories such as melting ice, an underground aquifer or perhaps a water vapour from the thin atmosphere of Red Planet.

NASA develops the capabilities to send the first human mission on Mars by the 2030. The spacecraft needed for this trip would differ from those utilised in space travel so far. The trip from Earth to Red Planet would take around seven months depending on the time of the year and the orbit.

Facts about human mission on Mars:

• More than 200,000 people applied for a one-trip to colonize Mars in 2030.• There are 50 men and 50 women who successfully passed the second round.• There are 39 Americans, 31 Europeans, 16 Asians, 7 Africans and 7 from Oceania.• Further competition will narrow the number to 4 people.• It will cost around 6$ billion to send 4 people on Mars.• The finalists, once they arrive to Red Planet, will never return to Earth.