The history of Spain timeline is long and unique and the oldest historical findings date back to about 30000 to 50000 B.C. This chapter describes the main periods of Spanish history. Among the most important remains of this period are the caves -  Cova Negra (Jativa) and Pinar (Granada). The Iberian population is thought to arrive from the north of Africa and to settle in the south of Spain.

The next important event in history of Spain timeline is invasion of Celtic tribes in 1200 B.C. from the North. The Celts mixed up with the Iberians and generated the Celt-Iberian race. By 1100 B.C. Phoenicians and Greeks arrived at the peninsula and founded colonies in the South of Spain and at the Mediterranean coast. During the wars between Rome and Carthago, Carthaginians invaded Spain and conquered large parts of it. 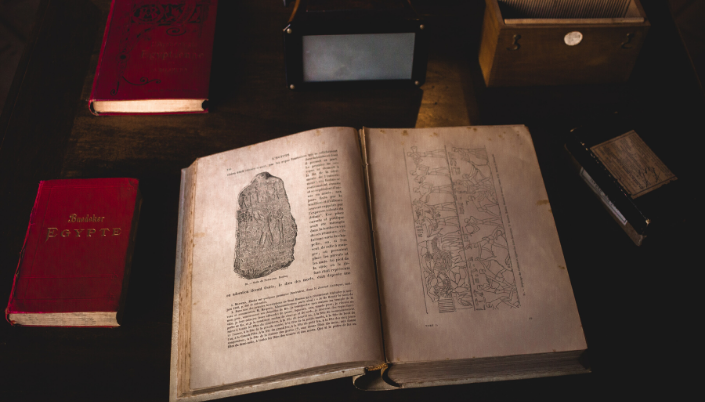 The Romans & the Gothic dominance

The Romans entered Spain defeating the Carthaginians, who had settled mainlyan the East of Spain, in Ibiza and Cartagena. In a short period of time the Romans ended up conquering the entire peninsula. Spain became an important part of the Roman empire and the Roman culture and language had influenced the Iberian Peninsula greately. In 409, when the Roman Empire started falling apart, Gothic tribes invaded the peninsula and established their kingdom in 419. That way a new period has begun in the history of Spain timeline.

The Gothic dominance lasted until 711 until Muslims crossed the Straight of Gibraltar and defeated the last Visigoth king (Roderick). The Moors conquered major parts of Spain and were particularly dominant in the southern parts of Spain called al-Andalus. The Muslim period lasted for more than 700 years and was divided into three sub periods: the Emirate (711 to 756), the Caliphate (756-1031) and the Reinos de Taifas (1031 to 1492). It reached its splendour in the second and third periods when first Cordoba and later Granada were the indisputable cultural centres of the world. 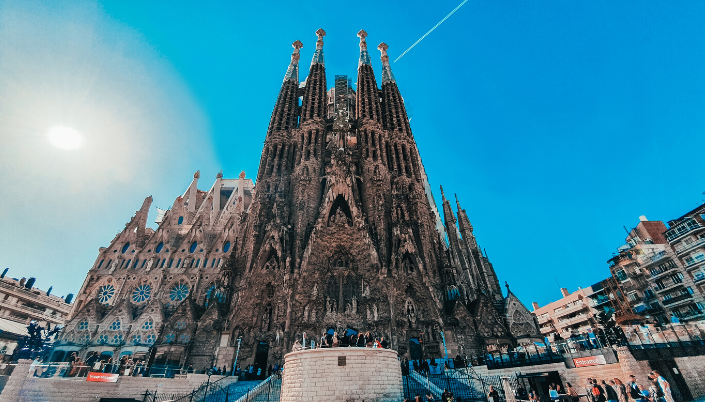 The re-conquest took place in 1469 with the marriage of Isabel and Ferdinand, which united the northern kingdoms Castile and Aragon. The Muslims rapidly lost territory and were finally defeated in Granada, in 1492. After this Isabel and Ferdinand succeeded in uniting the whole country under one crown and thousands of Jews and Moors who did not agree to convert to Christians were expelled or killed. Same year as the conquest of Granada, Christopher Columbus discovered America. This period was also called the Golden Age when Spain gained its international influence mainly due to the gold and silver brought in from the new continent.

Under the Spanish emperor Charles I., grandson of Isabel and Ferdinand, the Spanish, German, and Austrian kingdoms were united. This splendid period of the Spanish history timeline only lasted 50 years, wars and internal conflicts undermined Spanish influence. After the French revolution Napoleon defeated Spanish army in 1808 and replaced Spanish king (Ferdinand VII) with his brother. When Napoleon was finally defeated in 1815, Ferdinand VII restored Spanish throne and named his daughter as his successor. His brother Charles rebelled against this decision which resulted in a long period of internal conflicts and economical recession, with the final consequence of Spain losing many of its colonies in America .

Read also: Places of Interest and Guided Tours in Spain

In 1931 Republicans won the general elections and Alphonse XIII (the king) decided to leave the country. The increasing conflicts between the Republican government and the Nationalist opposition led to the Spanish Civil War (1936-39). The Nationalists, led by General Franco, received extensive support from Nazi-Germany and fascist Italy and succeeded against the Republicans. During the World War II Spain kept neutral and during the 50's and 60's the dictatorship of Franco isolated (economically and politically) Spain from the rest of Europe .

With the death of Franco in 1975 the constitutional monarchy was established and Juan Carlos de Borbon, the grandson of Alphonse XIII, was proclaimed king. In 1982 the socialist party (PSOE) won the elections and Felipe Gonzalez stayed president for 15 years. During this period Spain became member of NATO and entered the European Community in 1986. In 1996 Jose Maria Aznar of the conservative party was elected president and is still to this day the president of Spain. 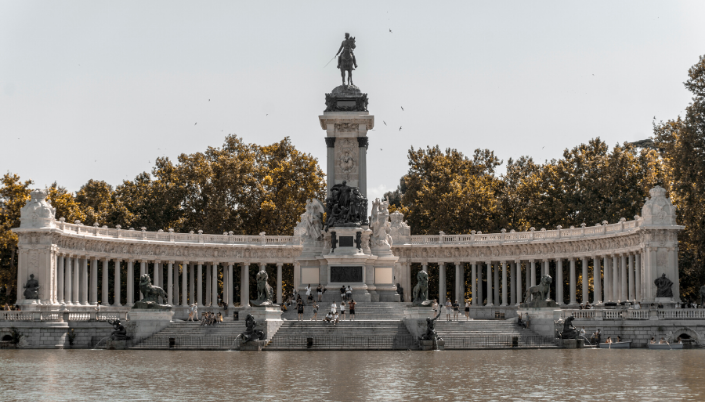 Spain possesses an immense artistic, bibliographic and documental heritage which holds the key to collective national life. It is the third country in the world in terms of the number of monuments declared to have world-historical value. The preservation of this historical treasure requires measures to be taken to fight against its traditional appropriation and deterioration which have deprived Spaniards of a part of their cultural wealth. The Law of Spanish Historical Patrimony is an endeavour to correct this situation.

Planning a trip to Spain? Don't forget to take out a proper travel insurance cover to stay secured.