New Zealand's high rainfall and many sunshine hours give the country a lush and diverse flora - with 80 percent of the trees, ferns, and flowering plants being native. There are places, where you can enjoy the flora of New Zealand: 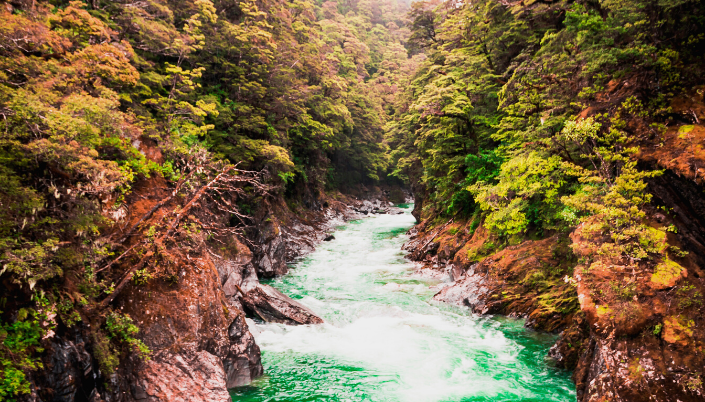 Over 20 percent of New Zealand is covered in national parks, forest areas and reserves. Our 13 national parks contain an incredible variety of unspoiled landscapes and vegetation. Administered and maintained by the Department of Conservation Te Papa Atawhai, these parks provide opportunities for a wide variety of activities including hiking, mountain biking, skiing and snowboarding, kayaking and trout fishing. Most national parks have excellent hiking tracks and camping facilities, including nearly 1000 huts throughout the country. You'll also find information centres at these parks, and helpful signage along the tracks.

The New Zealand mainland has two World Heritage areas - Tongariro in the Central North Island and Te Wahipounamu in the south-west of the South Island. Te Wahipounamu is made up of four national parks - Westland/Tai Poutini, Mount Aspiring, Aoraki/Mount Cook and Fiordland. The area also contains the Milford and Routeburn tracks, two of New Zealand's most spectacular walks, as well as Mount Cook, New Zealand's highest mountain, and spectacular glaciers. Tongariro is situated on the North Island's volcanic plateau, and contains the active volcanoes Mount Tongariro, Ruapehu, and the cone-shaped Ngauruhoe. The area is of special cultural significance to Maori, and also contains Lake Taupo, New Zealand's largest lake. 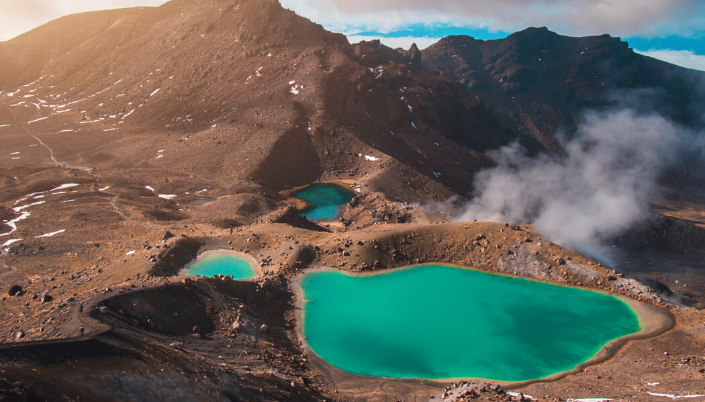 From the kauri forests of the far north to the mountain beech forests and alpine tussock of the Southern Alps, you'll find fascinating plants and trees in every region. You'll be awed by the majestic evergreen native forests that include rimu, totara, many varieties of beech, and the largest native tree of them all, the giant kauri. Underneath the trees you'll find dense and luxurious undergrowth including countless native shrubs, a variety of ferns, and many mosses and lichens.

The yellow flowers of the kowhai tree are some of the prettiest you'll ever see, and if you visit the North Island, you won't be far from the beautiful pohutukawa tree. Its bright red flowers bloom in December, giving it the title of New Zealand's Christmas tree.

Important travel advice: Whenever and wherever you travel, always check the FCO’s travel advice to ensure you stay safe and travel aware.