Fauna of New Zealand is unique and wonderful. About 80-100 million years ago, New Zealand drifted away from the massive super continent of Gondwanaland into the South Pacific. Since then, unique flora and fauna have evolved, with a large number of beautiful native birds and plants, as well as direct descendants of prehistoric wildlife, including the tuatara, weta, and giant snail. As Time magazine said, New Zealand is an ultimate storehouse for discontinued zoological models.

Before humans settled in New Zealand, it would have been an extremely noisy place! Large tracts of lush native bush supported an incredible variety of bird life. As they evolved, wings became unnecessary for some birds, as they had no natural predators to fly away from. As a result, several of New Zealand's native birds became flightless, including the kakapo parrot, the kiwi, the takahe, and the world's largest bird, the (now extinct) moa. 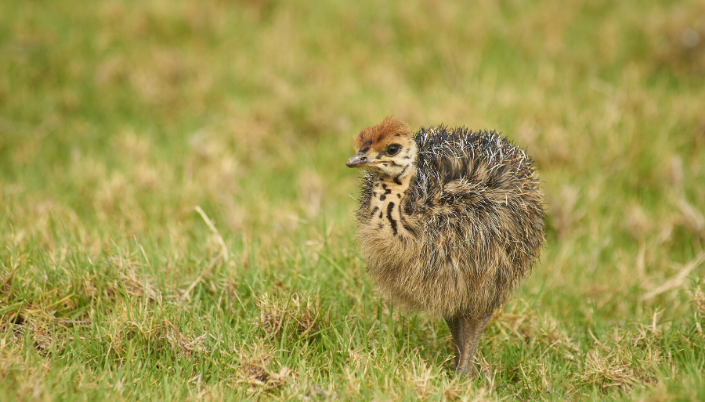 As Maori and Europeans settled New Zealand, they hunted birds and brought predators including rats and stoats. This, and loss of habitat, led to the extinction of a number of birds including the moa and huia. Others, such as the kakapo and takahe, become endangered.

New Zealand's national symbol is a nocturnal flightless bird with nostrils on the end of its large beak. It is now endangered, and difficult to see in the wild. However, there are a number of kiwi houses at zoos and wildlife parks. While they may look cute, kiwi can be fierce and highly territorial.

New Zealand's moa was the only wingless bird ever known. The giant moa, one of eleven species of moa, was also the tallest known, standing up to 3 metres (9 feet). Many moa bones and skeletons have been found in small caves which the hapless moa fell into. Maori hunted moa, and it is believed the birds became extinct around 400 years ago. 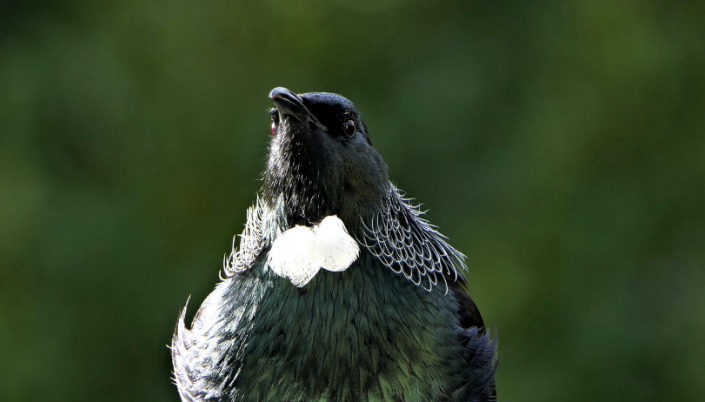 Other well-known New Zealand native birds include the kea (native parrot), weka, takahe, tui, and morepork owl. The playful kea is one of the most intelligent birds in the world and will happily attack a car in order to steal a windscreen wiper or other bits of rubber! The loveable weka is a flightless bird with a penchant for shiny objects, while the takahe has a beautiful indigo plumage and bright red beak. The takahe was believed to be extinct until it was sensationally rediscovered in 1948 by New Zealand ornithologist Dr G.B. Orbell. Like many of New Zealand's native birds, the tui has a beautiful song, and a white parson's collar. The morepork owl is so named because of the sound of its call, often heard at night. Its Maori name, ruru, is also named after its call.

A reptile with links to the dinosaur, the native tuatara is found mainly on islands around New Zealand's coast. The tuatara is a unique relic of the past - the only beak-headed reptile left in the world. Every species of this reptile family, except the tuatara, died out around 65 million years ago. Tuatara can live for over 100 years, and were once found throughout New Zealand. Now they are only found on protected offshore islands - around 30,000 live on Stephens Island in the Marlborough Sounds. Only growing up to 24cm in length, tuatara are not a threat to humans. 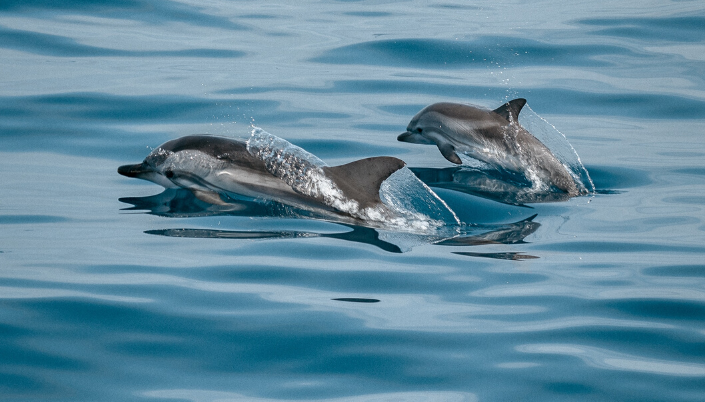 New Zealand has abundant and diverse marine life, and whale watching and swimming with dolphins are two of New Zealand's most highly recommended tourist experiences. The small (up to 1.4m) Hector's dolphin is the world's rarest dolphin and only found in New Zealand waters. There are a number of spots in the South Island where you can see Hector's dolphins close up.