Thai cultural habits distinctly differ from those accepted in the West. Find out more with the information about Thailand traditions that were carefully gathered for you. First of all, have to mention that Thais welcome each other by a salutation known as Wai, rather than by shaking hands as westerners do. Thais call that gesture of bowing Sawadee, and it's one of the first things they teach their children. All greetings, such as: Hi, Hello, How do you do, Welcome, Good morning, etc., as well as Good bye and See you later, are also Sawadee in Thai. By the way, Thai language uses the gender markers that distinguish a way of speaking for men and women. 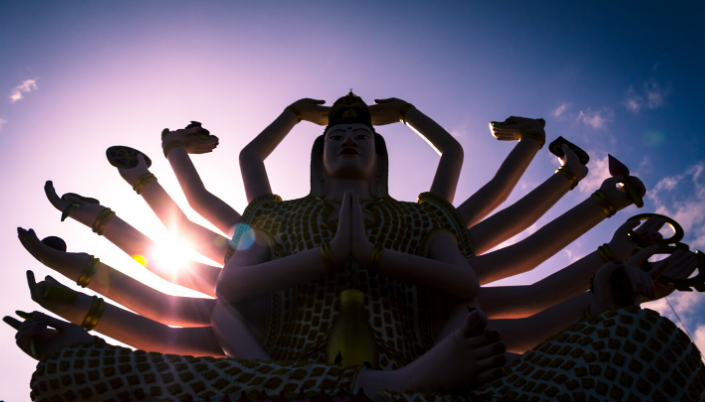 Hospitality is the essence of Thai people's nature and while greeting guests into their houses or offices, first off, they cater guests with a glass of water. Likewise in the restaurants, first, you'll be served up cold water, regardless you haven't order anything yet. Prior to entering a Thai house, make sure to take off your shoes. The same is true in Buddhist temples and in traditional Thai restaurants where guests are seated on the floor. Appropriate to mention that it's quite natural for Thai folks to sit whether squatted or right on the floor, rather than on chairs. In most households, the floor is also used as a dining table. Most houses don't have beds either, just the mattresses. Traditionally, rich Thai families has got large in size and short tables made of teakwood, used to serve the food and while eating, to sit on.

Thai table manners and a way the dishes are prepared and served, have its own distinct course. Normally, in Thai restaurants one will be given a spoon with a fork for the main meal, and short spoon with small bowl used for soups. No knifes, since the food is whether already cut down into small enough pieces, or could be easily sliced by spoon. The idea is to eat with a spoon in your right hand and a fork in your left, to help push foods onto the spoon. Chopsticks are served when ordering noodle dishes. Naturally, one will be served with the knife and fork when ordered steaks or similar western food dishes. 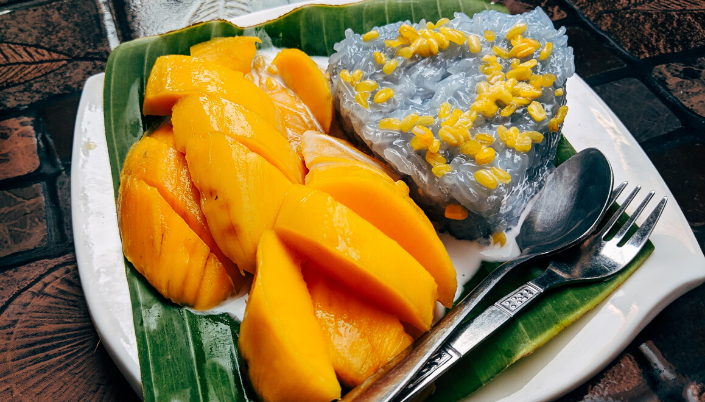 Needless to mention that fragrant rice is the base component in Thailand traditional food. Typical Thai dinner consists of several dishes placed and occasionally even cooked (fondue) right on the table, and are eaten by taking small portions from selected dishes simultaneously and topping the rice in your plate. Thais respect the elders and referring with regard to the older common people as Pee, meaning the older brother or sister. It's also customary to call youngsters as Nong, meaning the younger brother or sister. While in restaurants or similar places, it's polite and more appropriate to call the staff whether as Pee or Nong, rather than a waiter. All Thais have nicknames, which they use in informal, casual contacts. In contrast to the real names, which are quite long and hard to pronounce, Thai nicknames made up of single syllable sounds.

One will not see Thai couples hugging, embracing, kissing, or any other acts of explicit affection on streets or in public places. It is unacceptable by the norms of Thai society. And for that matter, any display of strong emotions in public, especially when inhered in loud speaking or noisy arguing, is considered as disrespectful. Thais are rather conservative in regards to the Thai women's behavior and dress. The well-favored female bodies might not be flaunt, and the dress fashion should vacate all foreplay matters to the imagination. And as far as the dress code is concerned, in spite of the hot weather, vast majority of female office staff wear stockings. As behavioral trait, the long-standing tradition of making a curtsy is still customary for Thai girls to show respect while passing nearby a dandy man. 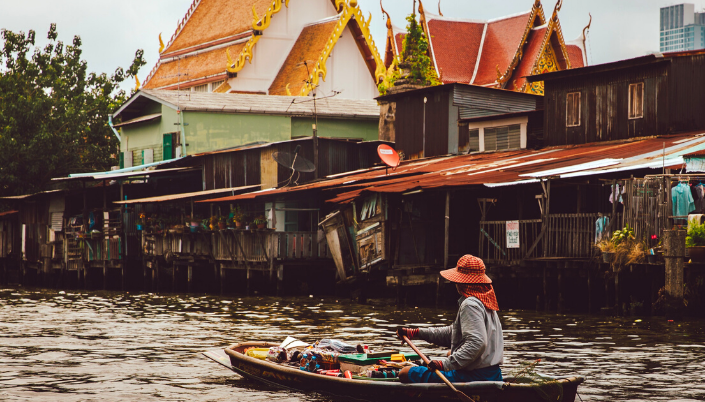 Shopping habits in Thailand are also profoundly different from the western world. Bargaining aren't only customary in Thailand, it is rather in the nature of Thais. In most shops and at hawker stands there are no price tags. So, one must ask "How much?", which everyone understands and awaits for. After you have asked, vendors look at you, assessing your avidity in purchase, and then, take out their calculator to enter an introductory price accordingly. While attentively keeping an eye on your reactions, they tempt you to tell (enter into the calculator) a price worthy for you to pay...Beware, they are very experienced professionals in striking a bargain.

The same is true with drivers, though recently introduced taxi-meters have fixed prices, yet occasionally, the meters "get broken". One should tell to a driver, or better to show a card of the place to go (for that reason, always keep your hotel card). Since enormous traffic problems, the taxi prices in Bangkok depend not just on distance, but rather on time, estimated by driver, it should take to arrive. Going to Thailand will definitely require a proper travel insurance.

Learn as much as you can about rich culture and traditions of Thailand before visiting this beautiful country and you'll make the most of your trip.