You'll find a variety of awesome landscapes in New Zealand, all within easy reach of each other. Spectacular glaciers, picturesque fiords, rugged mountains, vast plains, rolling hillsides, subtropical forest, volcanic plateaux, miles of coastline with gorgeous sandy beaches it's all here. No wonder New Zealand is becoming very popular as a location for shooting movies!

Lying in the south-west Pacific, New Zealand consists of two main islands - the North Island and the South Island. In addition, Stewart Island and many smaller islands lie offshore. The North Island has a spine of mountain ranges running through the middle, with gentle rolling farmland on both sides. The central North Island is dominated by the Volcanic Plateau, an active volcanic and thermal area. The massive Southern Alps form the backbone of the South Island. To the east of the Southern Alps is the rolling farmland of Otago and Southland, and the vast, flat Canterbury Plains. 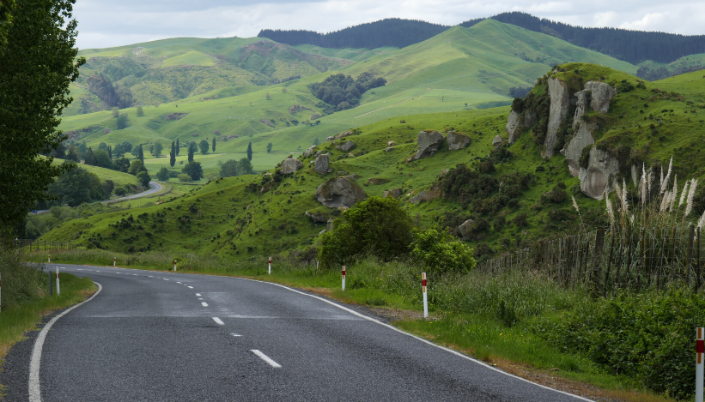 New Zealand sits on two tectonic plates - the Pacific and the Australian. Fifteen of these gigantic moving chunks of crust make up the Earth's surface. The North Island and some parts of the South Island sit on the Australian Plate, while the rest of the South Island sits on the Pacific. Because these plates are constantly shifting and grinding into each other, New Zealand gets a lot of geological action.

Being straddled over two tectonic plates and sitting on the Pacific ring of fire can have its disadvantages in the form of volcanoes, earthquakes and other natural hazards. However, this subterranean activity also blesses New Zealand with some spectacular geothermal areas and relaxing hot springs, as well as providing electricity and heating in some areas.

Rotorua is the centre of geothermal tourist activity, with plenty of mud pools, geysers, and hot springs in its active thermal areas - not to mention its trademark Sulphur City smell. First settled by Maori who used the hot springs for cooking and bathing, Rotorua soon attracted European residents. The reputed health benefits of its hot pools quickly earned the area the name of "Cureland". In addition to Rotorua, you can enjoy hot springs and other thermal activity in most regions of the North Island north of Turangi, as well as in Hanmer Springs and the West Coast in the South Island. 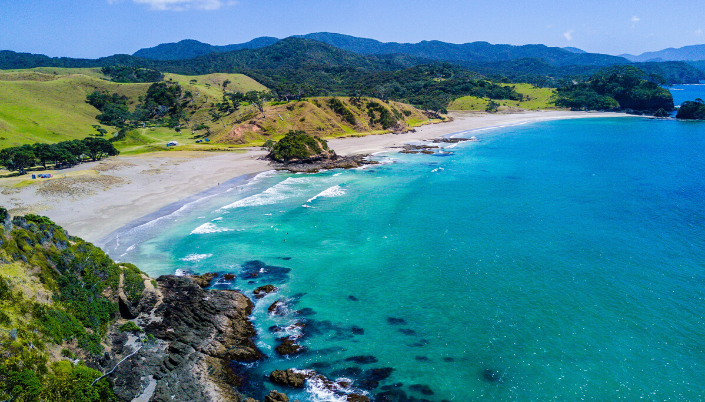 Over millions of years, alluvial deposits (eroded from the mountains by rivers) formed the vast Canterbury Plains in the South Island and a number of smaller plains in the North. These alluvial plains contain some of New Zealand's most fertile and productive farmland. 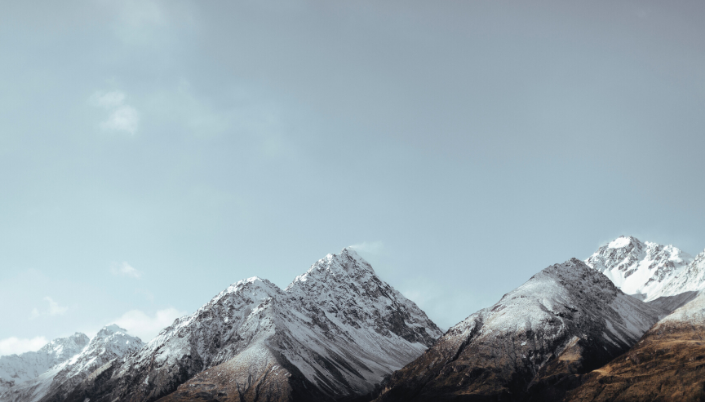 New Zealand's Southern Alps have a number of glaciers, the largest being Tasman glacier, which you can view by taking a short walk from Mount Cook village. New Zealand's most famous glaciers are the Franz Josef and Fox on the South Island's west coast. Gouged out by moving ice over thousands of years, these spectacular glaciers are easily accessible to mountaineers and hikers. You can walk up to the glaciers or do a heli-hike - fly up by helicopter and walk down.

Mitre Peak overlooks one of the most beautiful parts of New Zealand - Milford Sound in Fiordland. Over thousands of years, the process of subduction has seen parts of the New Zealand landscape become submerged. The Marlborough Sounds and Fiordland are examples of high mountain ranges that have sunk into the sea, creating spectacular sounds and fiords. These areas provide some of New Zealand most picturesque scenery, with steep lush hills plunging down to the deep still bays below. Clear, deep still water surrounded by beautiful bush makes these areas ideal for boating and kayaking. Globelink travel insurance will make your trip safe and sound!